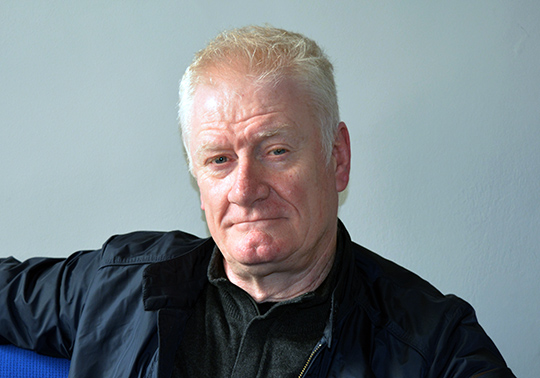 Violence inflicted by women in some advertisements reproduces an image of infantilised and dependent boys in the domestic environment. This attitude causes the consolidation of the female role of a responsible woman who takes care of her husband within a growing concern situation about gender violence. A research carried out by Barry Pennock, researcher of the Universitat de València, concludes that those minidramas have the aim of making female audience empathise with the characters of the spots, who exercise control over their partners.

The research, created by Barry Pennock-Speck, professor at the Faculty of Language Studies, Translation and Communication, analyses three advertisements broadcasted on Spanish television in which the female leading roles exercise control through the violence over their partners. Regarding the first spot, which promotes a nasal aerosol, the woman wakes up her boyfriend by hitting on his head with a pillow. In the other two, that shows the goodness of a detergent and dairy products, the female leading roles hit on their partner’s hand to condemn an unsuitable conduct.

“The use of the physical force, especially carried out by women, as a promotional strategy on television is unusual within a growing concern situation about gender violence”, argues Barry Pennock-Speck. However, according to the professor, the appearance of violence exerted by women to their partners in ads has an explanation. “It is considered inoffensive violence and it is exerted with men that are often labelled as ignorant, lazy and immatures”. From Barry’s point of view, this “generates an infantilisation of male characters”.

The researcher considers that this approach reinforces the image of women as the person in charge of the family care and education. “Generally, in the ads, men do not have a contributory role in the domestic environment if there is a woman at home. And, if this occurs, is under her close supervision. She is the only one who knows how to do the household tasks”, states the professor.

According to the author of the article «Violent women in Spanish TV ads: Stereotype revearsal or the same old same old? », published in the prestigious magazine Discourse & Communication, the presence of gender stereotypes in ads is not casual. “The television advertising not only sell products, but also promote, in an aggressive way, gender stereotypes”, stresses the author. He also states that: “these prejudices bring back cognitive schemes that pre-exist in our minds and can cause an unconscious assimilation of these ideas”.

Apart from the presence of violence scenes, all the ads have the same structure. “They can be classified as minidramas, which are short dramatic narratives. The most simple scheme of this type of narratives is composed by an initial scene that contextualise the action, an intermediate section in which the action happens, and a final scene that re-establish the harmony”, has claimed the expert.

The research emphasises that the narrative structure can stimulate the psychologic mechanisms in women needed to empathise with the characters: “the three ads appeal to solidary spaces in order to increase the listener’s interest. These minidramas are designed to entertain the audience and appeal to their emotions instead of giving information”, specifies Pennock-Speck. And, the appearance of “proactive women”, according to the terminology use by the expert, makes this solidary space possible. This helps to create a positive image of the advertised products.

Barry Pennock-Speck is professor of the Teaching Unit in English Language and Linguistics at the Universitat de València. He has carried out some researches about translation and the acquisition of English phonology by Spanish students, as well as comparative studies about the Theory of Courtesy, which explains how the individual modulates its public image to achieve social acceptability. This work is carried out in the framework of this public image. Furthermore, he has been the main researcher in Spain of two European research projects, TILA and TeCoLa (Erasmus+).