Winners of this edition of the PRECREA Awards. Picture: Damián Llorens.

Juan Vicente Martínez Luciano, Manuel Lecuona López, Josep Piera i Rubió, Ramón Paús and Ángela García Codoñer have been awarded in this edition of the Creative Awards. The five Valencian public universities have delivered on Thursday, March 10th, the honours of the second edition of the Creative Awards PRECREA, which recognise their praiseworthy labour, the quality of their works and their significance to excellency and innovation to the Valencian cultural and artistic life in five different categories: Performing Arts, Design and Technological Creativity, Literary Creation, Music and Plastic and Visual Arts.

In this edition, the Carlos Santos Performing Arts Award, given by the Universitat de València, has been awarded to the researcher, professor, translator and cultural manager Juan Vicente Martínez Luciano. Doctor in German and English Philology, professor Martínez Luciano has also worked in the management of performing arts in various public bodies directing, for example, the Sagunt a Escena Festival and leading, as stage producer, Dramaturgia 2000. Regarding his work as researcher and translator, he has become a big disseminator of the most innovative English theatre on the national scene, as well as being the founder and director of the collections “Teatro S. XX” and “Teatro S. XXI” at the Universitat de València. In 2010, he received the María Martínez Sierra Award by the Spanish Association of Stage Directors to the best theatrical translation for The Coast of Utopia (La costa de Utopía) by Tom Stoppard.

The José M. Yturralde Design and Technological Creativity Award, granted by the Universitat Politècnica de València, has been unanimously given to Manuel Lecuona López for his academic and professional career on design and for establishing himself as an international benchmark in design management. With this honour, his extensive labour on compiling the history of design in the Valencian Community is also recognised, as well as his decisive determination for the creation of the School of Design Engineering and the founding of the Design Research and Management Group (IGD) of the UPV so that the university and the Valencian industrial fabric are linked.

The Isabel-Clara Simó Literary Creation Award, given by the University of Alacant, has been awarded to the writer Josep Piera i Rubió for his more than 50-years long career of intense and uninterrupted creation and for the publication in 2020 of Els fantàstics setanta (1969-1974) (The magnificent 1970s [1969-1974]). Josep Piera i Rubió has stood out as a poet, narrator and translator, and has written more than fifty books. His work has been translated into several languages and he has received awards and recognitions as renowned as the Ausiàs March Poetry Award (1972), the Andròmina Narrative Award (1977), the Carles Riba Poetry Award (1979), the Josep Pla Award (1981), the Critics’ Awards of the País Valencià (1986), the Nazionale Vita di Artista Award of Naples (1990), the Creu de Sant Jordi of the Government of Catalonia (1991), the Crítica Serra d’Or Essay Award (1996), the Joanot Martorell Narrative Award of Gandía (2009), the Mancomunidad de la Ribera Alta Essay Award or the Alfons el Magnànim-València Poetry Award (2013), among others.

The Matilde Salvador Music Award, given by the Universitat Jaume I, has been delivered to Ramón Paús, one of the big restorers of contemporary music in Spain, for his professional career: more than 40 years of professional dedication and a cosmopolitan career. His groundbreaking music and his eclectic repertoire stands out in several creations like cinema, theatre, dance, performance and video art. Furthermore, his symphonic and chamber music has successfully travelled through Japan, France, Czech Republic, Brazil, Romania, the United States and the Netherlands, among other countries. Paús has never abandoned his commitment and coherence, both artistic and personal. He is founder and president of the Spanish Picture Composers Association and member of the board of the Composers Association of Madrid.

The Juana Francés Plastic and Visual Arts Award, given by the University Miguel Hernández, has been awarded to Ángela García Codoñer, a prestigious Valencian visual artist. García Codoñer was full professor of the Architectural Graphic Expression area of the Universitat Politècnica de València. Her artistic practice is linked to a social narrative with strong feminist nature and language derived from pop. During her long career, she has exhibited at national and international top-tier museums, such as the Tate Modern in London, the Museum of Modern and Contemporary Art in Nice and the Queen Sofía National Museum Art Centre in Madrid, among others.

The winners have received the Palatina sculpture these awards are identified with, made by sculptors and researchers María José Zanón Cuenca and Juan Francisco Martínez Gómez de Albacete, doctors in Fine Arts and professors in the Sculpture Area of the Faculty of Fine Arts of Altea and the Department of Art of the University Miguel Hernández. It is a Ionic column, a symbol of culture as an essential backbone of our society that reminiscences the temples dedicated to goddesses like Athena, deity of civilization, arts and sciences. This sculptural award conceptualized in the form of a mould has been made using the traditional technique of sand casting in blued aluminium, which refers to the potential of public universities to contribute to the transmission of knowledge and the creation of a cultural fabric with society.

The event has ended with the musical performance of the wind quintet of the Salvador Seguí Conservatory of Music of Castellón. 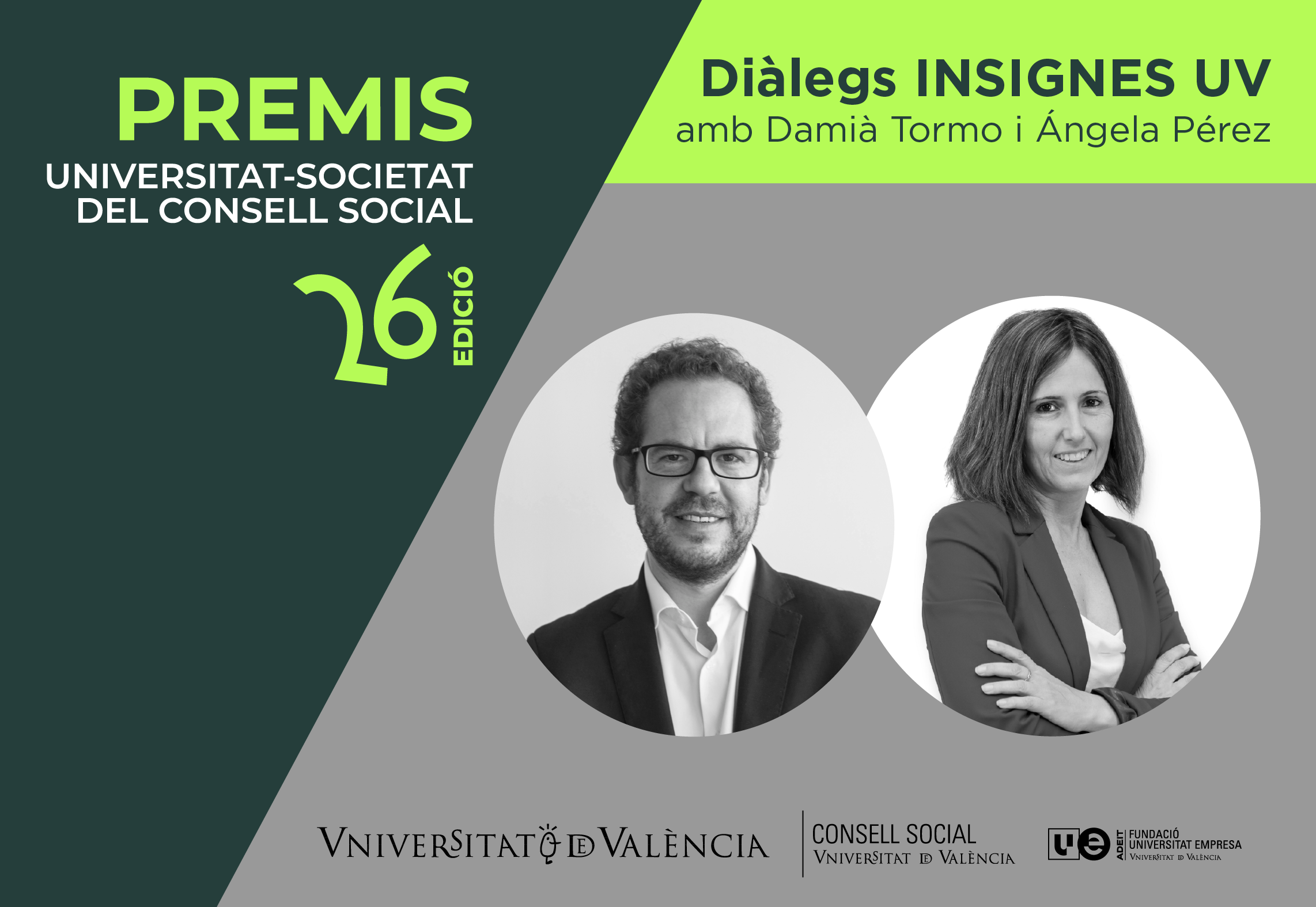