During his visit to the city of Valencia, the Minister for Universities met on February 4th with the Principals of the Valencian public system.

The Universitat de València’s historical building La Nau, now the institution’s Cultural Centre, hosted on February 4th the meeting between the Minister for Universities and the Principals of the Valencian public university system.

The passing of the Organic Act of the University System (Ley Orgánica del Sistema Universitario LOSE) and the entry into force of the Science Act (Ley de la Ciencia) were topics addressed on the meeting.

The importance of public universities to build Europe through the Erasmus programme was also highlighted. On this field, The University de Valencia has the largest number of Erasmus students received in Europe and is working on designing the future European mobility system through the FORTHEM programme.

The Minister highlighted the importance of the accreditation processes to make students’ mobility and exchange easier in a context of internationalisation coordinated with the autonomous communities and the universities.

Both Principals and the Minister agreed on the need to shape campuses as environmentally sustainable spaces that serve as inclusion centres.

For the Minister, the on-site learning values and the idea of teaching must be strengthened. He highlighted the Universitat de València’s important labour with the mentoring programme.

The Principals also conveyed to the Minister the importance of contributing, from the Spanish Government, to the authorization of the Valencian Government to sign the collective bargaining agreement with the Valencian public universities. Moreover, they conveyed the importance of facing the challenges presented by the reduction of the scientific management’s bureaucracy in a working context so that a transformation of the society through science, knowledge and life-long education is possible.

For these purposes, they demanded an improvement in university funding, with higher levels of investment. 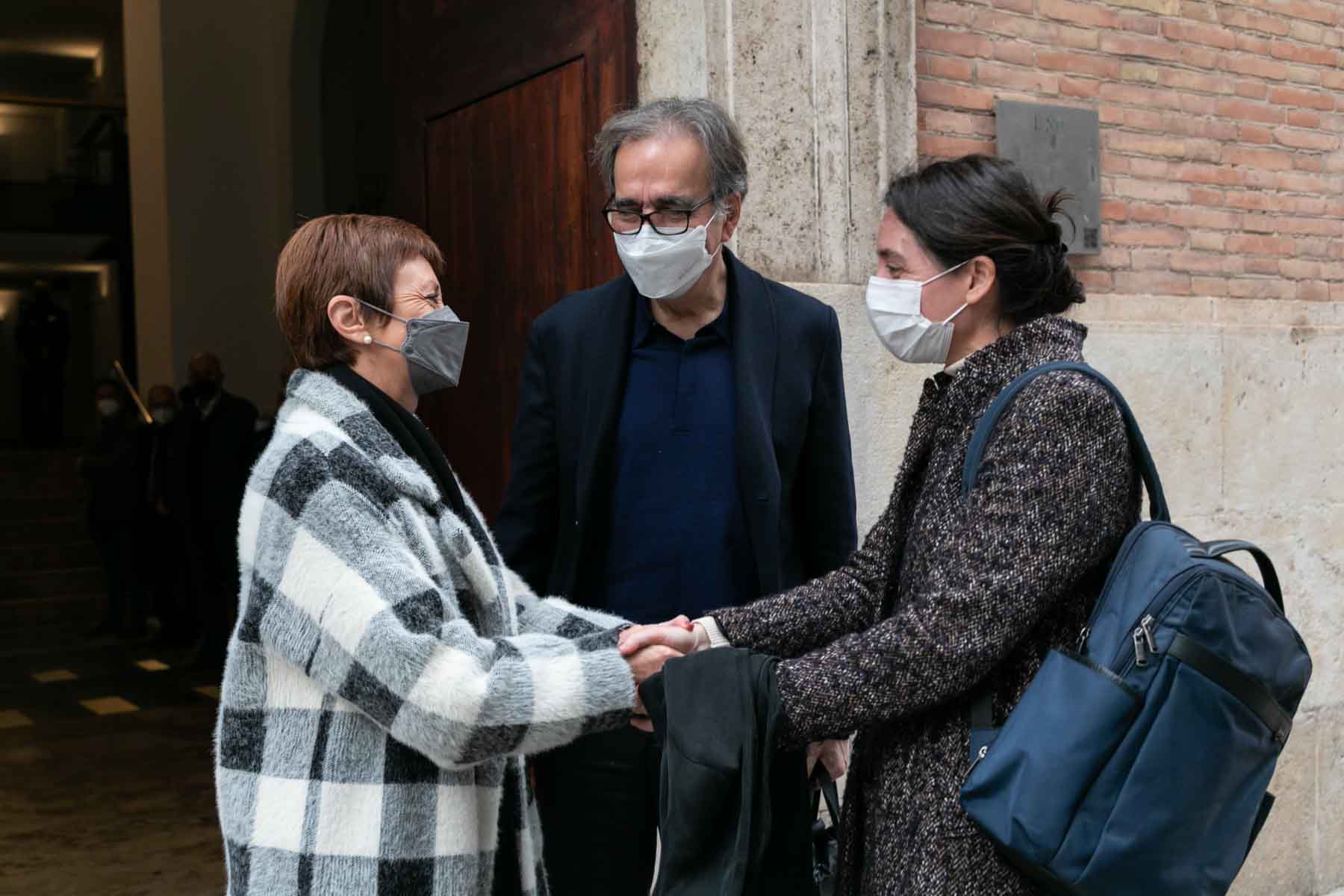