After the success of the initiatives developed last academic year in support of the victims of the war in Ukraine within the framework of the action plan 'Universitat de València with Ukraine', the insurance company Divina Pastora has renewed its collaboration with the UV for a new phase of this action plan.

Divina Pastora, a statewide insurance company, was carrying out actions to help refugees and collaborated financially last academic year in the implementation of this university solidarity and cooperation plan.

The actions contemplated in the UV plan consisted of offering support services to refugees, promoting, raising awareness and attracting volunteers to the UV, welcoming people from the Ukrainian university community in vulnerable situations and raising funds for humanitarian aid through Non-Governmental Organisations (NGOs).

The Principal of the Universitat de València, M. Vicenta Mestre; and Armando Miguel Nieto, Executive President of Divina Seguros, positively valued the results of the collaboration between both entities and decided to continue this joint line of action, signing an agreement at the headquarters of the Language Centre of the Universitat de València, where all the attention was focused on the group of refugees.

Language courses in Spanish and Valencian, psychological care, toy library service during the teaching of the courses, advice, assistance, etc. were some of the initiatives that were carried out to facilitate and promote the integration of these people into our society.

The event, which was attended by Carles Padilla, Vice-Principal for Internationalisation and Multilingualism; Pilar Serra, Vice-Principal for Sustainability, Cooperation and Healthy Life; and Zaida Lorente, Divina Seguros' Ukraine aid coordinator, confirmed the need to continue supporting the people who need it most and who, as in this case, have been hit by a war that has made them flee their homes without knowing if they will ever be able to return. 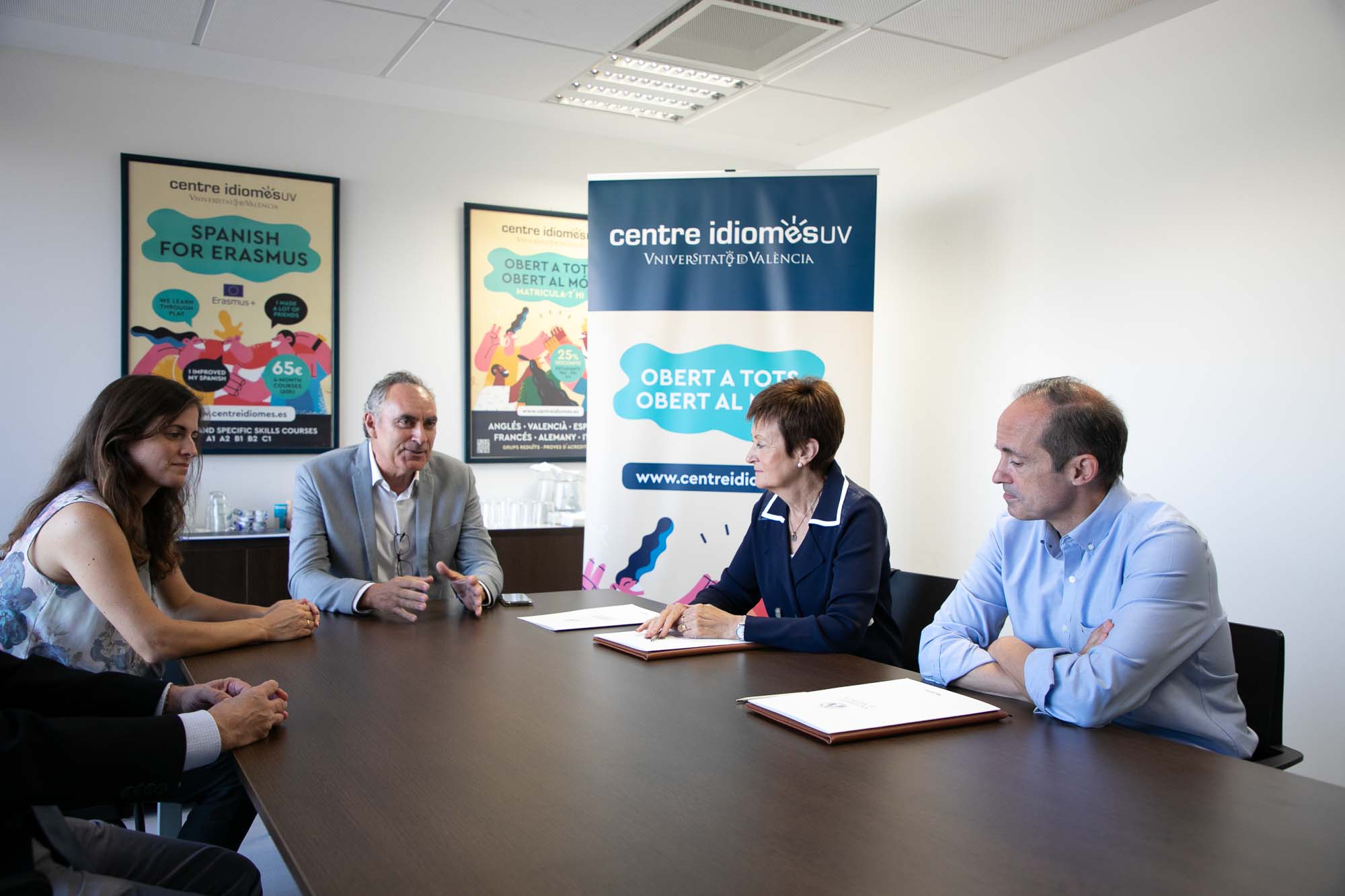 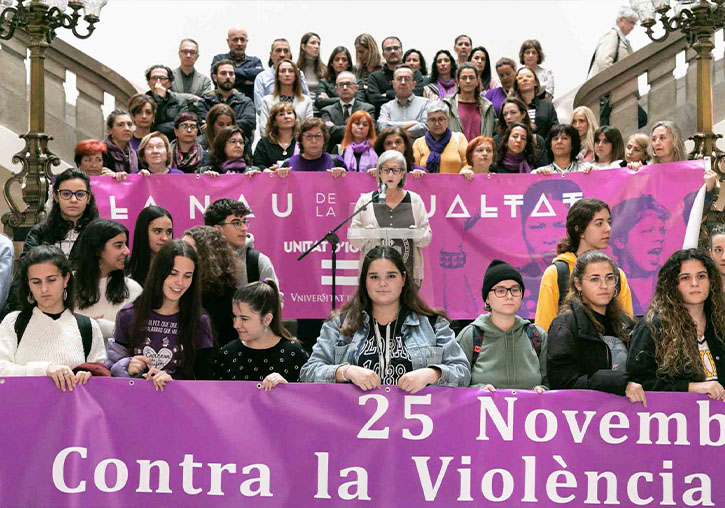 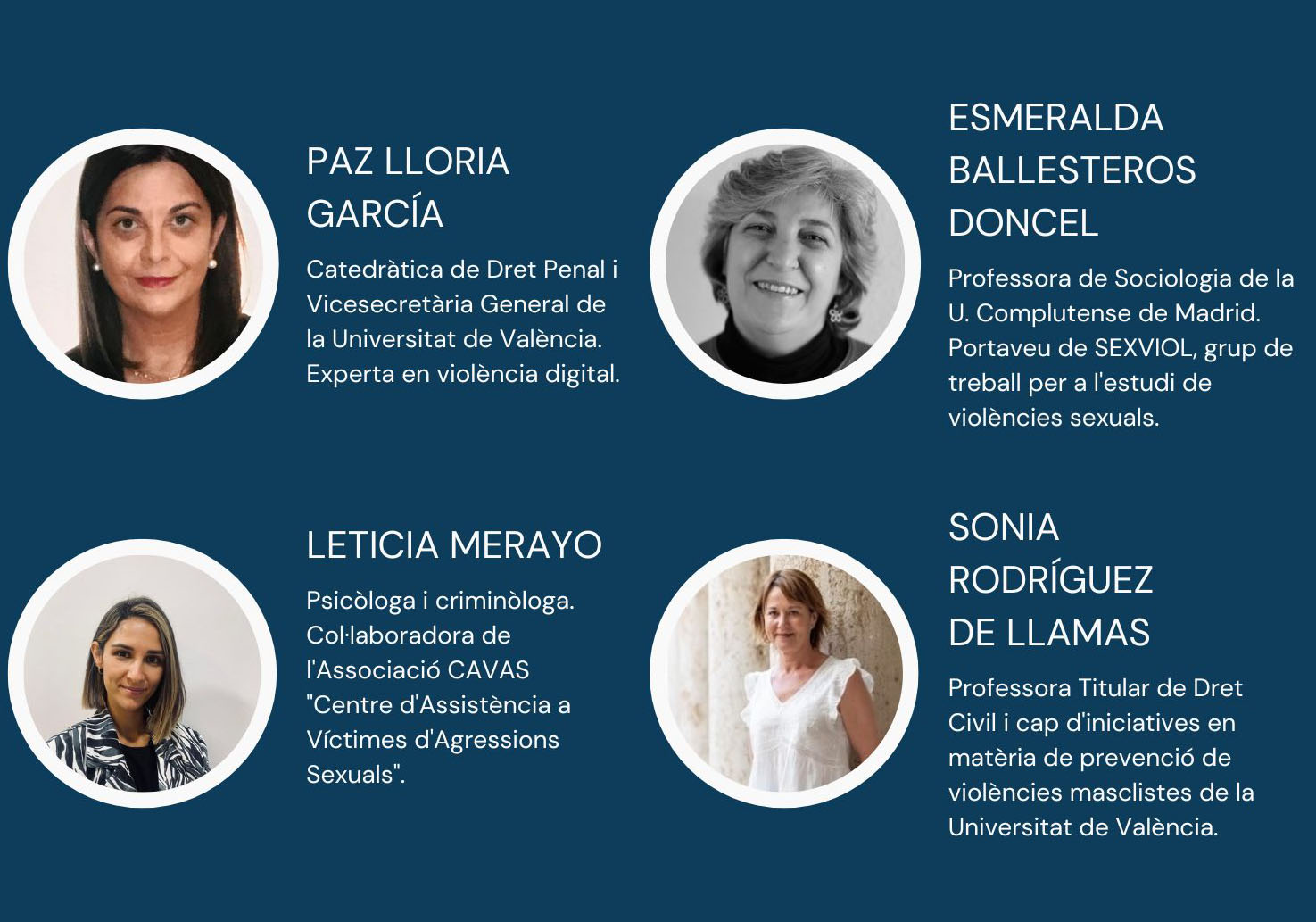