The University of Valencia presents an exhibition on Plaestinian refugee camps in Lebanon by photojournalist Germán Caballero. 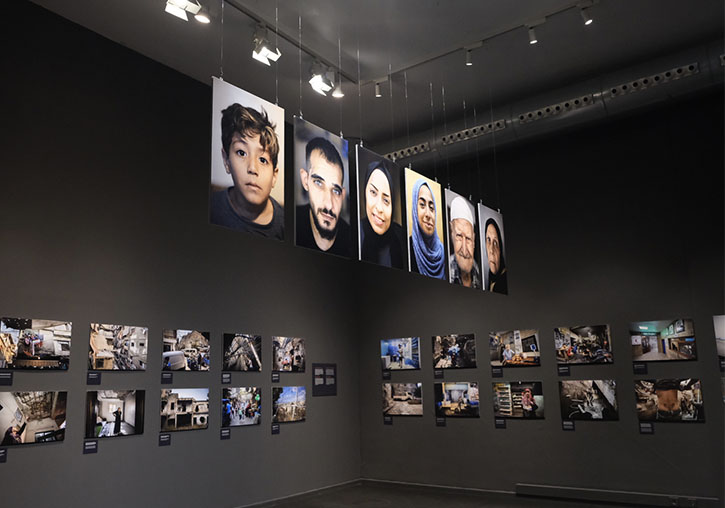 La Nau Cultural Centre of the University of Valencia presented this morning the exhibition ‘El temps suspés: els camps per a persones refugiades palestines al Líban” (Time in suspense: Palestinian refugee camps in Lebanon), by the Valencian photojournalist Germán Caballero and curated by professor and doctor Jorge Ramos Tolosa. It is produced by the University of Valencia, through the Office of the Vice-Principal for Culture. This exhibition, which can be visited between 4 May and 3 September, aims to bring closer the reality of the population, mostly Palestinian but also Syrian, who live in the camps for Palestinian refugees set up in Lebanon in 1948 and which still exist today.

The exhibition, hosted in the Oberta Room, brings together nearly a hundred photographs taken at two very different points in time: September 2019, and in a pandemic world in September 2020. The showing deals with different aspects such as access to drinking water, health, gender equality, housing, childhood, youth, elderly people, to which are added the pandemic and the resulted economic crisis with which the mainly Palestinian but also Syrian population living in the Palestinian refugee camps in Lebanon have to cope.

A short documentary with testimonies from the inhabitants of the camps, recorded by Germán Caballero and produced by David Segarra, will also be shown in the Room. The proposal is mainly based on the photographic exhibition by Germán Caballero, but also includes a wide-ranging programme with round tables and screenings of films and documentaries on the subject. As well as the University of Valencia, Germán Caballero and Jorge Ramos, the specialist Salam Zahran from the Human Rights Centre of the Arab University of Beirut and the journalist and Palestinian refugee Rayan Sukkar have participated in the catalogue of the exhibition.

This exhibition is presented the week of the celebration of the World Press Freedom Day, and a week after the murder of the Spanish journalists David Beriain and Roberto Fraile in Burkina Faso by a terrorist group. With it, the University ‘reaffirms its international cultural projection and its social commitment to peace and Human Rights and with refugees’.

Germán Caballero is a photojournalist and works in the editorial office of Levante-EMV. He is also the representative of the Valencian Union of Journalists. Caballero won the 2014 Manuel Castillo Price awarded by the University of Valencia for the multimedia report ‘Voces del Gurugú’ (Voices from Gurugú), which collected the testimonies of young migrants waiting at the Melilla border fence to jump to Europe.

Today, UNRWA (the UN agency created in 1949 to meet the needs of Palestinian refugees and which today has become central to providing education and food to this population) assists more than 5.000.000 Palestinians. Over the years, the Palestinian diaspora has dispersed its population throughout the world, beyond the Mediterranean Levant. UNRWA considers Palestinian refugees to be ‘persons who lived habitually in Palestine between 1 July 1946 and 15 May 1948 and who lost their homes and livelihoods as a result of the 1948 conflict’.

Descendants who have not been able to return to their place of origin are also considered refugees. Although the United Nations General Assembly declared in its Resolution 194 of 11/12/1948 that refugees had and have the right to return to their homes, since 1948 the State of Israel has refused to comply with this right, considered by the UN itself as ‘inalienable’, only because these people are Palestinians.

The naming of the new neighbourhoods, streets or sections of refugee camps was one of the first manifestations of symbolic resistance to the Nakba (Palestinian ‘catastrophe’ or ‘disaster’). This was the case, for example, in the Xatila camp in Lebanon, where several names of its internal layout referred to the Palestinian localities from which refugees came. Another custom that also spread after 1948 was to name many Palestine girls after Palestinian municipalities as Baysan, Haifa, Safad, Jaffa, Jennin or Palestine itself (in Arabic ‘Falastin’ or ‘Filastin’).

Moreover, Lebanon was the place of arrival of many Palestinian refugees in the same year as the Nakba. It should be noted that Lebanon was and is the most religiously diverse country in the Mediterranean Levant, with between 15 or 20 different relevant religious groups, mostly Islamic and Christian. The power balance between them was fragile and problematic, as the French colonialism of the Mandate (1923-1946) developed different strategies to deepen their divisions and favoured the Christian sectors. This is why the temporary refugee camps soon became permanent. From tents to concrete for a situation that was presented to them as temporary and which still persists today with no prospect of improvement.

A social communication project with round tables and projections

The exhibition is accompanied by various events. Among them is the cycle of conferences, which will include different round tables. The first, ‘Refugio y Palestina: expulsión sin derecho a retorno’ (Refuge and Palestine: expulsion without the right to return) will be held on 28 May and will feature Lola Bañón, lecturer of Journalism and Communication at the University of Valencia, author of the book ‘Palestinians’ and honorary member of the UNRWA Spain; Javier De Lucas, full university professor of Political Legal Philosophy and founder of the University Human Rights Institute, and Jorge Ramos, curator of the exhibition. Registration is required and free of charge here.

The second, on 11 June, ‘Líbano y derechos humanos: feminismos y la situación de las personas refugiadas sirias y palestinas’ (Lebanon and human rights: feminisms and the situation of Syrian and Palestinian refugees), will feature Salam Zahran, specialist at the Human Rights Centre of the Arab University of Beirut; Isabel Pérez, journalist specialising in Palestine and Lebanon, and Alicia Medina, journalist at Syria Direct and resident in Lebanon. The last one, on 18 June, ‘La vida en los campos para personas refugiadas palestinas en el Líbano: convicencia y resilencia al límite’ (Life in Palestinian refugee camps in Lebanon: coexistence and resilience at the limit), will feature Germán Caballero himself, Raquel Martí, director of UNRWA Spain and Rayan Sukkar, Palestinian refugee from the Shatila camp and journalist in Campji TV (online television about the Palestine refugee camps in Lebanon). All the activities are free of charge and require registration, which will be done soon through the website of the Office of the Vice-Principal for Culture of the University. 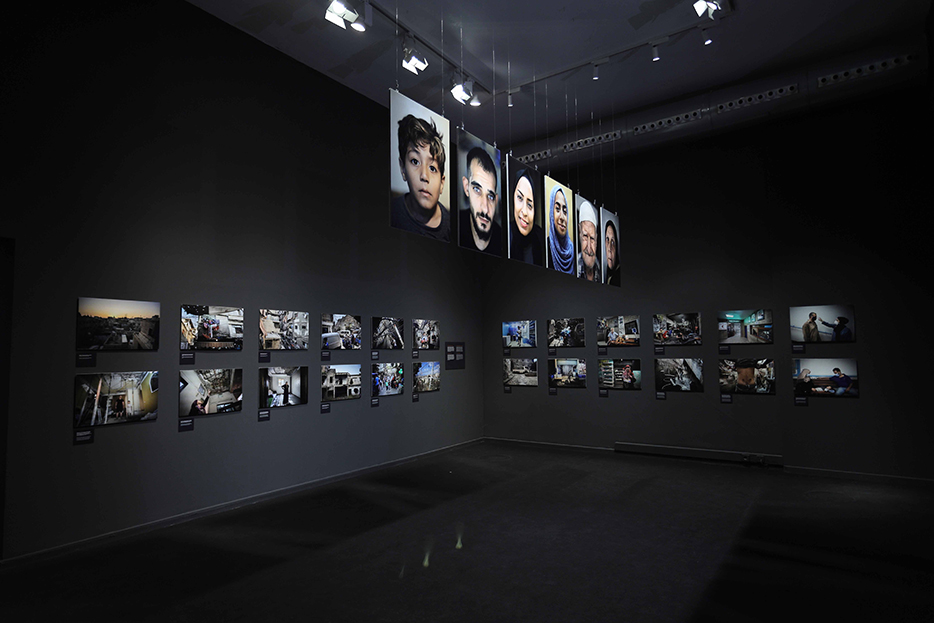