The University awards a Medal to Sanchis Sinisterra 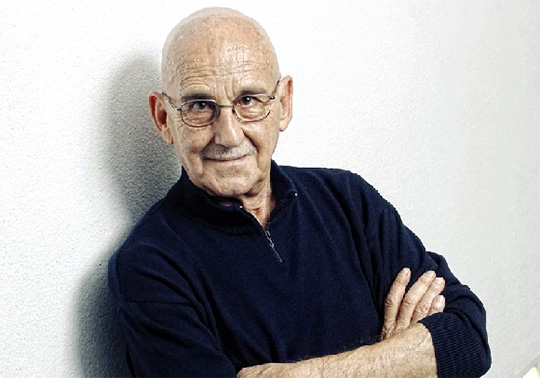 The academic institution awarded the prestigious dramatist with its highest distinction during celebration of Saint John's Eve in the cloister of the University.

He was an assistant teacher of the Universitat de València from 1962 to 1967. He continued teaching in Secondary Schools and then in the Theatre Institute of Barcelona.

He combined his theatre teaching activity with the promotion of experimental theatre. He created Teatro Fronterizo in Barcelona, promoted the Asociación Independiente de Teatros Independientes, and established the Sala Beckett and the Nuevo Teatro Fronterizo as part of a life committed to the performing arts.

The Universitat de València recognises a dramatist and theatre director that studied in the institution and has received numerous awards such as the National Theatre Prize, the Federico Garcia Lorca Award, National Dramatic Literature Award and the Max Awards for the Performing Arts.