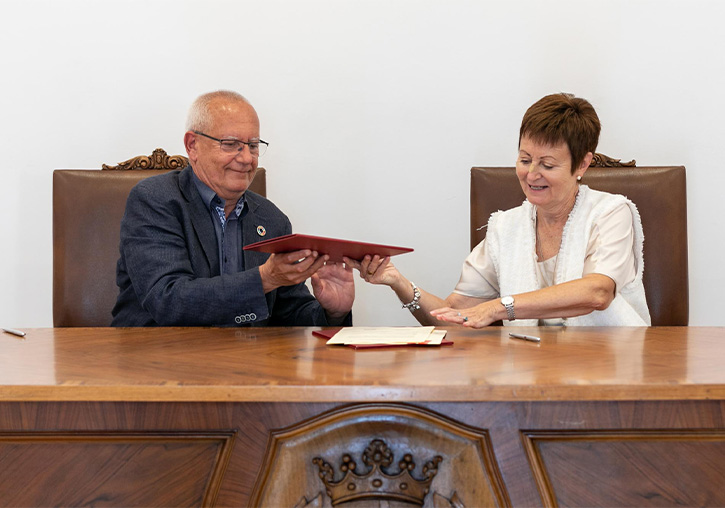 Signing of the agreement

The Festival will allow Dénia to become a cultured and intellectual university campus that will be a meeting space to share knowledge and accomplish local development. The Universitat will contribute by bringing professionals and regulating the academic knowledge of the various activities.

Dénia’s mayor and president of the Dénia Creative City of Gastronomy Foundation of the Valencian Community, Vicent Grimalt, and the principal of the Universitat de València, Maria Vicenta Mestre, have signed a framework partnership agreement in order to establish a framework for action through specific agreements so that both entities collaborate “in social and/or cultural training, research promotion and science outreach activities, in the joint editing of publications and in the mutual promotion of activities organised by both parties among the public of interest, as well as any other activities considered of mutual interest, through the competent university structures in each area”. They have also signed another specific agreement for the creation, management and promotion of the Dénia Humanities Festival, which will be held at the end of next October.

Vicent Grimalt has recalled that the designation of Dénia as Creative City of Gastronomy by UNESCO in 2015 “marked the beginning of a project to transform the city and its future ambitions” that goes beyond the promotion of the gastronomy of the region and the revaluation of local products and producers. The designation of Creative City, as the mayor has pointed out, “has driven a general strategy of recovery and cultural positioning, a city project to transform Dénia into a cultured and intellectual university campus that will be a meeting space to share knowledge and thoughts and accomplish social and territorial development.” “This city project is supported by all municipalities and businesses of the city that comprise the Dénia Creative City Foundation,” he has added.

In this context of turning Dénia into a university campus and a state reference of thought, the Humanities Festival is born, directed by journalist Josep Ramoneda and coordinated by La Maleta de Portbou, a humanities and economics magazine. The Valencian Government, the Dénia Creative City Foundation, the business Baleària, the aforementioned Ramoneda and, as of today, the Universitat de València are behind this project.

The academic institution will participate in the Festival by bringing teachers and members of the university community, such as Adela Cortina or Joan Romero, among others, as lecturers, speakers and presenters of the scheduled activities. Furthermore, the Universitat will regulate the academic knowledge of the scientific and cultural activities.

At the same time, the signing parties of the agreement will study and establish the conditions for grants and scholarships for the university community to participate in the Festival, grants that will be funded by the Dénia Creative City Foundation.

Vicent Grimalt has highlighted that the Dénia Humanities Festival “is not a project limited to the opening days. It will be continued on seminars and meetings that will be hold throughout the year, since it has a clear interest of continuity in time within the framework of Dénia as a university campus.”

Along the same lines, the principal of the UV has stated that Dénia “needs to be active all year long, using the possibilities the promotion of humanities offers, a field of knowledge that needs to be highlighted, specially among the young generations, to educate citizens with critical thinking.”

Mestre has also discussed that Dénia, as a Creative City of Gastronomy, “is the perfect place to develop complementary training to the Gastronomy Degree imparted by the Universitat de València under a scientific, research and innovation point of view.” In this sense, the principal has expressed her willingness to cooperate and has told the mayor that Dénia can rely on the UV “to develop all these creative initiatives.”

The last document signed today by the principal and the mayor has been a memorandum of understanding that will translate into a future partnership agreement between the Universitat de València and the city council to develop university projects in Dénia. 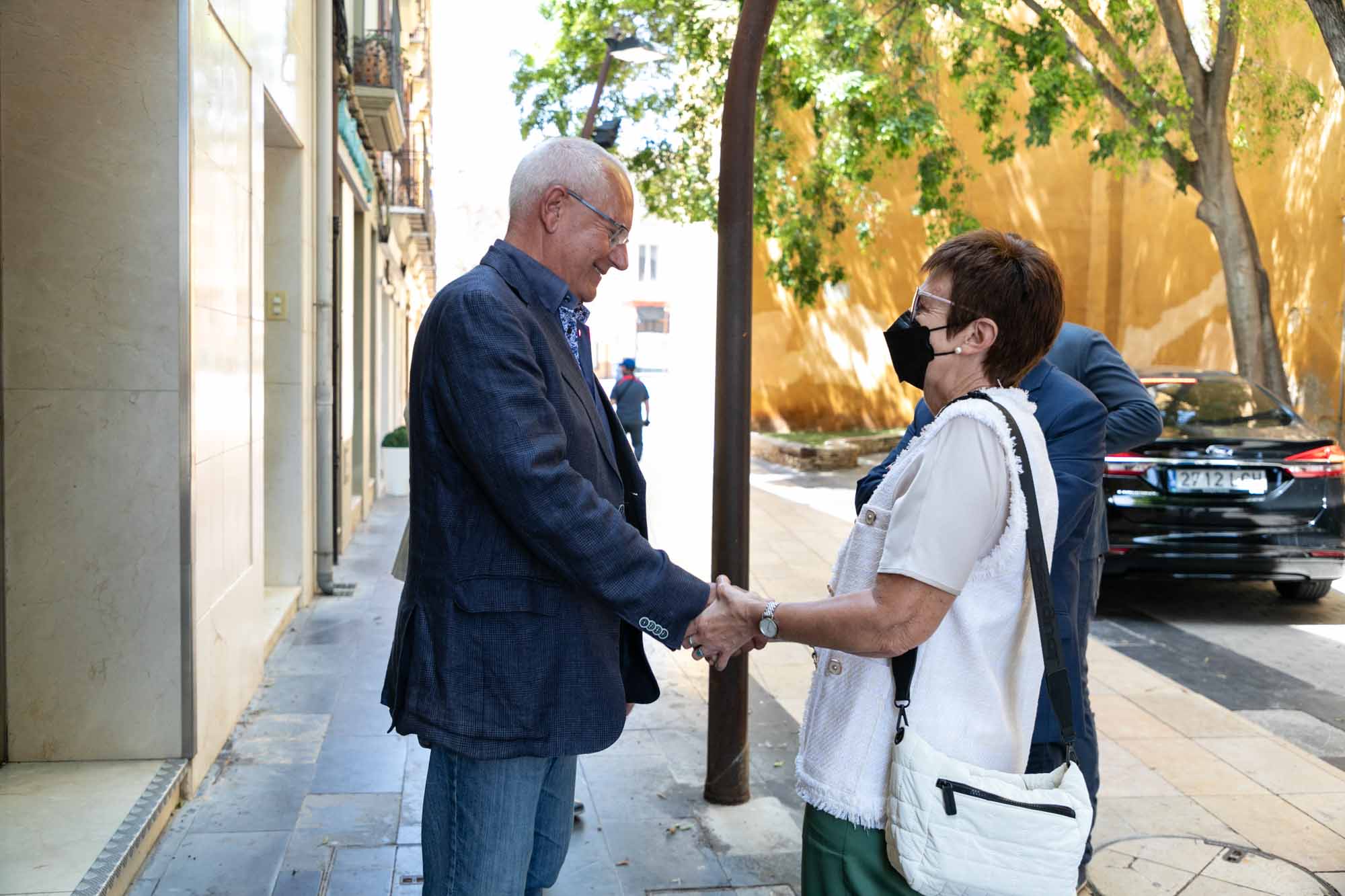