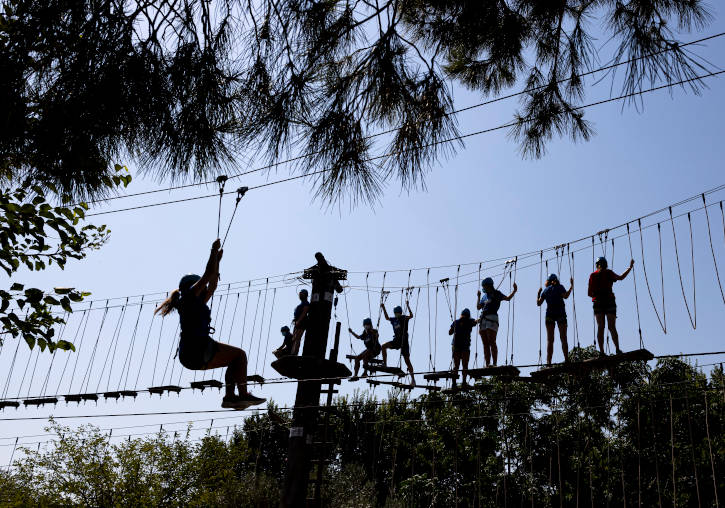 Through the General Foundaton, the university summer school opened the enrolment period for La Nau Menuda and La Nau Jove on the 11th of May. The last enrolment day is the 29th of May. The sons and daughters of university community members (Administrative and Service staff; Teaching and Research staff; and students) and of the Alumni UV community, as well as participants of previous editions will be prioritised to access this service. Kids with no link to the Universitat will also be welcomed, bearing in mind the limited places.

La Nau Menuda is an educational leisure programme aimed at Primary pupils (born between 2010 and 2015). Just like in previous editions, it is inspired by a guiding thread that motivates all the contents. This year, from the 4th to the 29th of July, traditional sports from Valencia and from all over the world will be the focus of the many ludic and formative activities planned. The aim is to explore different cultures, from our own to those of other continents that have influenced our culture, bringing in richness and diversity.

Hence, the Valencian pilota will have an important role in this 2022 edition, but sports activities from other countries, such as tamburello (Italian ball game) or lacrosse (North-American university game) will also be relevant.

On the other hand, La Nau Jove is aimed at participants born between 2006 and 2009 whose headquarters is in the Tarongers Campus. It is a proposal that unites education and entertainment, resulting in a space for education and active leisure for young people. A total of 100 places are being offered.

In 2022, excursions will return to the summer school, as well as cultural workshops, sports in English, visits to different spaces of the Universitat, group activities, ICT, peer learning and swimming on the beach. At La Nau Menuda there will be a playroom and reading encouragement, while at La Nau Jove accommodation will be offered to participants.

In both cases, the enrolment (which must be done via the UV online office), will be available from the 11th to the 22nd of May for sons and daughters of members of the university community, the Alumni UV community and children and teenagers that participated in previous editions. The UV  Alumni must have a validated enrolment in the Alumni UV community  (before the 31st of july of the previous year) in order to access the first round of inscriptions and the fee discount. The general public will be able to enrol from the 23rd to the 29th of May.