The series of conferences of ‘UNISOCIETAT Spring 2017’ concludes on June 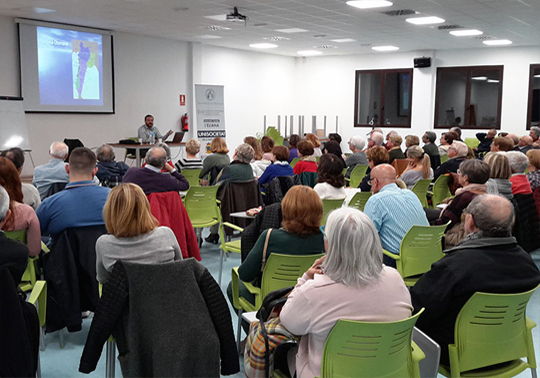 Benetússer, Cullera, Quart de Poblet, Massamagrell, l’Eliana, Gandia, Ontinyent, Paterna, Requena and Alzira will host the last conferences of this educational series of conferences organised by the Office of the Vice-Principal for Territorial Projection and Participation. The programme of conferences, open to the general public and free entry, has the purpose of completing the academic year of UNISOCIETAT.

This Wednesday 7 June, Professor Enrique Lanuza Navarro (Department of Cell Biology, Functional Biology and Physical Anthropology) will give a talk in Benetússer (Horta Sud) about ‘Sex, drugs and neurons’. The same day in the HQ of Cullera (Ribera Baixa), the people interested could attend a talk about local entities and the European Union given by Luis Jimena Quesada (Department of Constitutional Law, Political and Administrative Sciences).

On 8 June, there will be two conferences, one in the HQ of Quart de Poblet (Horta Oest) where Luis Moya Albiol (Department of Psychobiology) will talk about ‘Empathy, understand it to understand the others’. And the other talk, titled ‘the danger of pseudoscience: horoscope, astrology and other lies’ will take plac ein Paterna (Horta Nord) by José Cantó Doménech (Department of Experimental and Social Sciences Teaching). In both headquarters, it will be announced the news of UNISOCIETAT 2017-2018, with the attendance of the municipal and academic authorities of the Universitat de València, together with the people in charge of Caixa Popular.

On Tuesday 13 June, there will be conferences in Alzira (Ribera Alta) and Massamagrell (Horta Nord). The Cultural Centre of Alzira will receive the visit of professor Jesús Alcolea Banegas (Department of Philosophy), who will think about ‘Could we think about cinema?’. The conference “Physics is not boring” is in charge of professor Roberto Pedrós Esteban, from the Dept. of Earth Physics and Thermodynamics and it will take palce at the cultural centre of Massamagrell.

The series of conferences of UNISOCIETAT will arrive at the Adult Education Centre of l’Eliana on 14 June (Camp de Túria). Antonio Briz Gómez (Department of Spanish Philology) will give a talk titled ‘How to speak’.

In Ontinyent (Vall d’Albaida), there will be a speech given by professor MªÁngeles Jareño Leal (Department of Criminal Law) on 15 June about the criminal response to the corruption in the public procurement.

The last conference of the spring edition of the series of conferences of UNISOCIETAT will be held in Requena, in particular on 22 June in the Cultural Centre Feliciano Antonio Yeves. The conference “Valencian Silk Industry in the Modern Age” is given by Professor Ricardo Franch Benavent, from the Department of Modern History in the concert hall.

The first conference of June was also taken place on Thursday 1 in Requena (Meseta Requena-Utiel). The cultural centre ‘Feliciano Antonio Yeves’ received the visit of Amparo Oliver Germes (Department of Methodology of Behavioural Science), who addressed the topic of the successful ageing. The event was useful to introduce the course UNISOCIETAT- Requena 2017-2018, with the attendance of the major of Requena, Mario Sánchez; the Vice-Principal for Participation and Territorial Projection of the Universitat de València, the coordinator of the programme in the town, Ángel Morales; and representatives of Caixa Popular, entity that supports UNISOCIETAT in the ten university institutions.

The series of conferences UNISOCIETAT, which will continue in October with the beginning of the new academic year, has been organised by the Vice-Principal for Territorial Projection and Participation, with the collaboration of the local governments of Ontinyent, Quart de Poblet, Cullera, Massamagrell, l’Eliana, Gandia, Alzira, Paterna and Requena, and the financial support of Caixa Popular and Caixa Ontinyent (in la Vall d’Albaida). Its objective is to complement academic courses of the programme ‘Unisocietat’, which bring more than 1.500 enrolled students in the academic year 2016-2017. 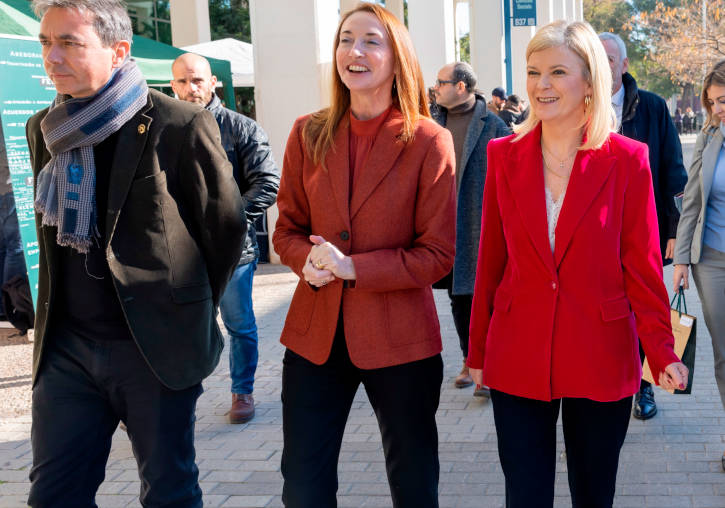 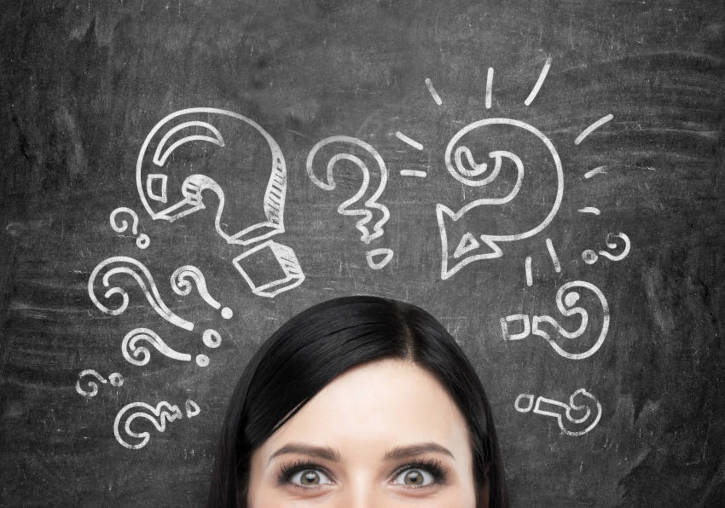