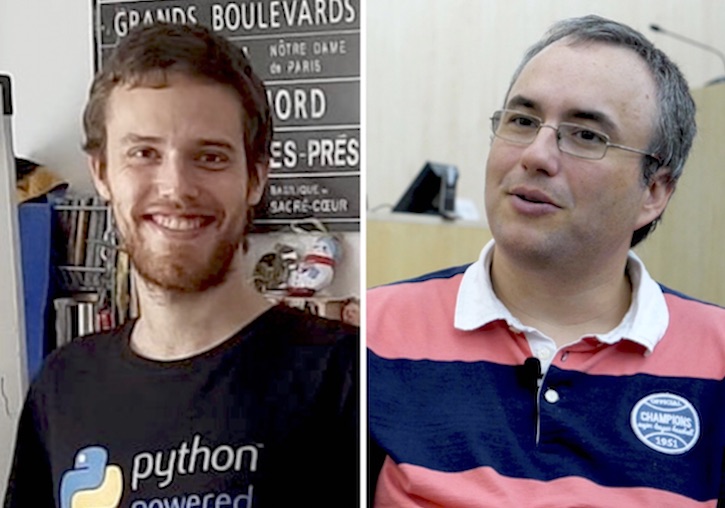 A team from the Astronomical Observatory of the University of Valencia has managed to observe the black hole of the active galaxy PKS1830-211 right during the most violent gamma-ray energy event ever registered in that source. Scientists have discovered very rapid changes in the structure of its magnetic field that confirm the predictions of the main models of gamma-ray production in black holes. The phenomenon, observed through the ALMA telescope, contributes new data to the study on the origin of the most energetic radiation in the Universe.

Some of the most massive and distant black holes in the Universe emit an enormous amount of extraordinarily energetic radiation, called ‘gamma rays’. This type of radiation occurs, for example, when mass is converted into energy during fission reactions that run nuclear reactors on Earth. But in the case of black holes, gamma radiation is even more energetic than that obtained in nuclear reactors and is produced by very different processes; there, the gamma rays are created by collisions between light rays and highly energetic particles, born in the vicinity of black holes by means of mechanisms still poorly understood.

As a result of these collisions between light and matter, the energetic particles give almost all their momentum to the light rays and turn them into the gamma radiation that ends up reaching Earth.

The astronomical scientific community suspects that these collisions occur in regions permeated by powerful magnetic fields subjected to highly variable processes, such as turbulence and magnetic reconnections –magnetic fields that fuse together releasing an astonishing amount of energy– that could be occurring in the jets of matter expelled by black holes. But probing these magnetic fields so far from Earth –some of these black holes are billions of light-years away– requires a very sensitive instrumentation and to find the exact moment when the emission of high energy takes place.

This is precisely what the research team led by Iván Martí-Vidal, CIDEGENT researcher of the Valencian Government at the Astronomical Observatory and the Department of Astronomy of the University of Valencia, and main author of this work, has achieved. This team has used ALMA (Atacama Large Millimetre Array), the most sensitive telescope in the World at millimetre wavelengths, to obtain precise information about the magnetic fields of a distant black hole, in a moment when energetic particles were producing an enormous amount of gamma radiation.

In a recently published article in the journal Astronomy & Astrophysics, the scientists report observations of the black hole called PKS1830-211, located more than ten billion light-years from Earth. These observations demonstrate that the magnetic fields in the region where the most energetic particles of the black-hole’s jet are produced were changing their structure notably in a time interval of only a few minutes. “This implies that magnetic processes are originating in very small and turbulent regions, just as the main models of gamma-ray production in black holes predict, which relate turbulence to gamma radiation”, explains Iván Martí-Vidal. “On the other hand, the changes that we have detected took place during a very powerful gamma-ray episode, which allows us to robustly relate them to the high-energy emission. All this brings us a little closer to understanding the origin of the most energetic radiation in the Universe”, he adds.

To analyse these data, the team of Martí-Vidal has used an advanced analysis technique that allows them to obtain information of rapidly changing sources from interferometric observations, such as those obtained with ALMA. “Interferometry gives us the power to observe the Universe with an unparalleled level of detail; in fact, it is the technique on which the Event Horizon Telescope (EHT) is also based, which recently obtained the first image of a black hole”, says Martí-Vidal. “A part of our CIDEGENT project is, in fact, dedicated to developing algorithms like the one we have used in these ALMA observations, but applicable to much more complex data such as those from the EHT, which would allow us to reconstruct, in a near future, ‘movies’ of black holes, instead of mere images”, says the astronomer of the University of Valencia.

Alejandro Mus, CIDEGENT predoctoral researcher at the UV Department of Astronomy and a co-author of the article, develops his doctoral thesis in this field. “Within the EHT project, there are many experts from various institutions working against the clock to solve the issue of rapid source variability”, says Mus. “At the moment, the algorithm we have developed works with the ALMA data and has already allowed us to obtain key information about how the magnetic fields associated to PKS1830-211 change at scales of a few tens of minutes. We hope to be able to contribute soon to the EHT with the more sophisticated algorithms in which we are working”, he concludes.

ALMA full polarization observations of PKS1830-211 during its record-breaking flare of 2019. I. Marti-Vidal, S. Muller, A. Mus, A. Marscher, I. Agudo, J. L. Gomez. Astronomy & Astrophysics

Video: Animation showing the change in the polarisation of one of the images of the black hole (upper part) compared to the other image of the same object (lower part), which is delayed about 27 days with respect to the first one. The time-delayed image corresponds to the black hole before the high-energy burst occurred. 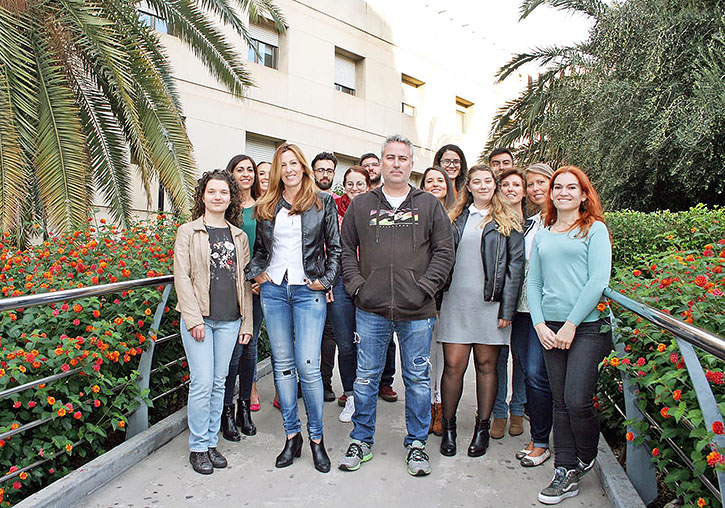