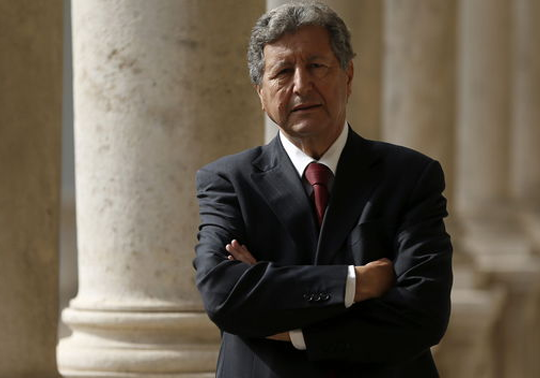 The political expert Sami Naïr will give the opening conference of the 34th Universitat d’Estiu de Gandia, which will take place between the 17 and the 21 July in the capital of La Safor. The event will take place at the garden of Casa de la Marquesa, at 20:00 and it will be chaired by the Principal of the Universitat de València, Esteban Morcillo and by the Mayor of Gandia, Diana Morant.

Naïr will speak about ‘What kind of crisis does Europe suffer? And France?’ He was born in Tlemcen, Algeria, in 1946 and is specialist on migrant movements and creator of the co-development concept. In the last years he has been very critical with the way in which the European governments have managed the refugee crisis.

This Universitat d’Estiu is held under the motto ‘Temps incerts’. About 400 people have enrolled in the scheduled courses and workshops that include six large fields: the climate change, the financial sustainability and the collaborative economics; the post-truth politics, the memory and the history; the health and welfare and communication, populism and sustainability.

The UEG also proposes open activities that prolong until the night the debates about the topics of every edition. They are collective spaces that are open to citizens. It is a cultural offering that deals with the memory and with the future of our reality. The round tables will start on Tuesday 18 with the round table ‘How to plan the Nature conservation on the 21st century?’ and on Wednesday 19, it will be the member of the Parliament Iñigo Errejón who will give the conference ‘Stop or half way? The political change process in Spain’. On Thursday 20, Pablo Simón, editor of Politikon, will speak about ‘The trajectory of the legislature: assessment and perspective of the Spanish multi-party system’. On Friday 21 Empar Marco, director of the Valencian Corporation of the Media, will speak about ‘The integrated edition: quality journalism in the new news programme of the Valencian RTVV-Web’. All the conferences will take place at 20:00 in the Assembly Hall of Casa de la Marquesa.

Regarding the ‘Nights at the garden’, which are scheduled at 22:30 in the garden of Casa de la Marquesa, Maria Arnal will open the activities on Tuesday 18. Arnal arrives at Gandia with Marcel Bages to present their disc "45 cerebros y un corazón". On Wednesday 19, "Nina Dinamita&la Swing Milicia” will perform. This is a musical group made up mainly by women who, inspired by great women who transgress the stablished gender roles such as Muñeca Simone or Rosario Sánchez Mora "La Dinamitera”. They will play swing music. On Thursday 20 it will be the turn of the projection of ‘Mon Oncle’. However, the central activity of this edition will take place the last day. It is the performance of the singer-songwriter Paco Ibáñez. An icon of the fight for truth and freedom, ambassador of poetry in the world, Paco Ibález sings his claiming classic songs in a concert that is a proposal of love, freedom and dignity, a symbol of resistance towards injustice, violence and horror. Tickets, which cost 10€, can be bought at La Casa de la Marquesa or in the website www.instanticket.es