Principal meets international students affected by the war in Ukraine

The Universitat de València will guarantee the academic and social development of students affected by the war in Ukraine and by the effects of the sanctions in Russia adopted by the Spanish and European Union governments. The Principal informed the Governing Council and discussed this with Ukrainian and Russian students after hearing first-hand about their personal, academic and economic situations.

On the one hand, at the meeting with Ukrainian students from the economics, nursing and dentistry degrees, the principal and the Executive Council were interested in finding out first-hand about the personal situation of each of these students. Moreover, the students were informed of the initiatives that are planned, such as the reception of Ukrainian research staff at UV, the reception of displaced students, and the collection of economic resources through a solidarity race among others.

On the other hand, in the meeting held with Russian students from the economics and philology degrees, the personal needs they are going through due to the sanctions and isolation imposed on them in Russia were discussed and they were provided with solutions to guarantee their correct academic and personal development.

These students participating in international mobility programmes were informed of the direct line of contact that has been set up so that they can communicate any needs that may arise, with the aim of giving them immediate attention, thus strengthening the channel of communication that has been open since the beginning of the Russian military intervention in Ukraine.

Both the principal and the Executive Council ratified their commitment to continue to forge ties of cooperation that facilitate dialogue, support and cooperation between people in need of any kind of help in such a complex and diverse situation, taking into account the personal circumstances of each individual. In this sense, academic support and guidance has been offered, as well as psychological care, in case they need it, given that they may face a situation of personal and emotional stress derived not only from their personal situation, but also from their family situation.

The students were also invited to reassure their families in their home country that, at the Universitat de València, their education and daily development will continue as normally as possible.

The students from both countries expressed their gratitude for the support offered by the Universitat de València and promised to get in touch in case of any inconvenience or special circumstance.

For its part, the Universitat de València will continue to follow up with the students in order to evaluate possible courses of action depending on the evolution of the war situation in Ukraine.

You can access the institutional positioning of the Universitat de València by following this link: https://go.uv.es/rPMu1V9

In this UVnews content you can find information about the action plans in which the Universitat de València is working to support the university community affected by this war and the Ukrainian refugees: https://go.uv.es/j0Y6lig 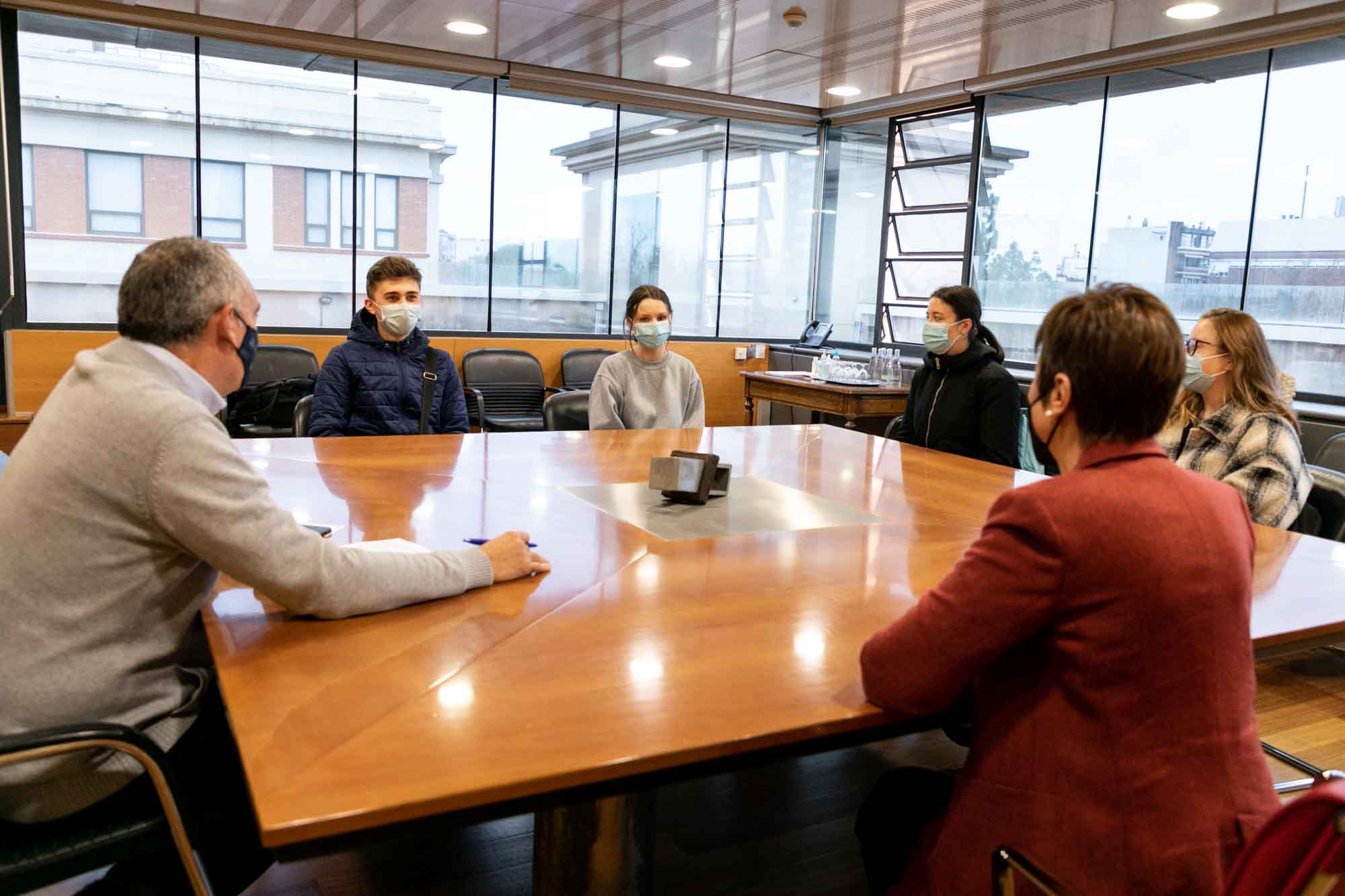 Principal meets international students affected by the war in Ukraine