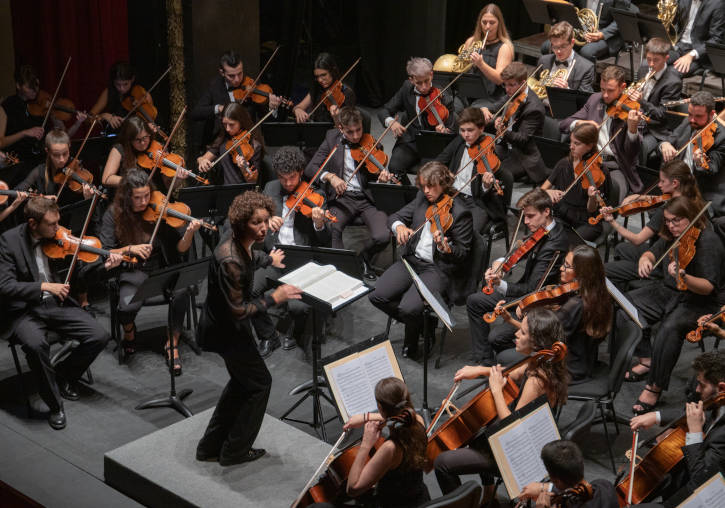 The Orquestra Filharmònica de la Universitat de València, conducted by Beatriz Fernández Aucejo, begins on Sunday 27th, a new spring tour on three Valencian towns with the aim of reconnecting with the territory after the pandemic and revitalising the passion for music among the people. The first performance will be in the Church of Santa María de Oliva (6:30 p.m.) and tickets can be purchased at the church itself in the form of a donation.

The tour will be completed on 15th and 19th May, at the TAC Teatre Auditori in Catarroja (tickets available here) and at the Teatro Echegaray in Ontinyent (tickets avalible in box office), respectively. Both concerts will start at 7 p.m.

Under the expert direction of the Valencian Beatriz Fernández Aucejo, recently awarded in the international competition for female conductors 'La Maestra' in Paris, the young musicians of the Orchestra of the UV will tackle a demanding repertoire with great musical and interpretative quality with the aim of disseminating the European musical heritage through composers such as Weber, Borodin and Smetana.

The Philarmonic Orchestra of the Universitat de València

The Philarmonic Orchestra of the Universitat de València was created in 1995. It has a staff of 80 young musicians, mostly university students, and its average age is 20 years old. Its aim is to provide its members with high quality training in orchestral performance, with specialised teachers for each of the instrumental families. From its foundation until 2010 it was directed by Cristóbal Soler, from 2011 until August 2018 by Hilari García, and since September 2018, Beatriz Fernández Aucejo is its principal conductor.

The Orchestra performs regularly at the Palau de la Música de València and has given numerous concerts in various concert halls in Spain and Europe, such as the Palau de les Arts Reina Sofia in Valencia, the Auditorio de Zaragoza, the Auditori de Barcelona, the Auditorio de León, the Academia Philharmonicorum in Ljubljana, the Austria Center in Vienna and the Mozarteum in Salzburg, among others. In 1998 he took part in the 27th edition of the International Competition for Young Orchestras in Austria, winning first prize in the category of symphony orchestras.

Its activities are sponsored by the Musical Activities Area of the Fundació General de la Universitat de València.

She has also been appointed as a member of the tribunal in different editions of the Provincial Music Band Competitions of Valencia, Alicante and Castellón, the Valencian Community Competition, the Catarroja National Competition, the Colombia-Paipa National Competition, the Bankia Orchestra Competition of the Valencian Community, the Jeju International Festival (South Korea), among others, Jeju International Festival (South Korea), among others, having received several awards for his professionalism, such as the Isabel Ferrer Prize from the Valencian government, the Una de Primera Award from the Federación de Fallas de la Ciudad de València or the Prize for Equality from the Periódico Aquí de la Comarca de L'Horta Sud.

In addition to these awards, she received recognition this month in Paris following her participation in the international competition for female conductors 'La Maestra', which in its second edition has for the first time awarded a Spanish conductor, who was also recognised with the ARTE Prize. 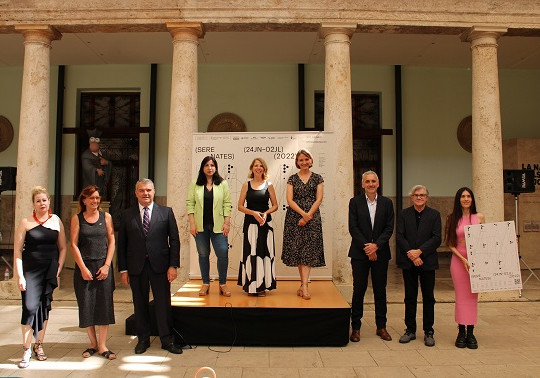