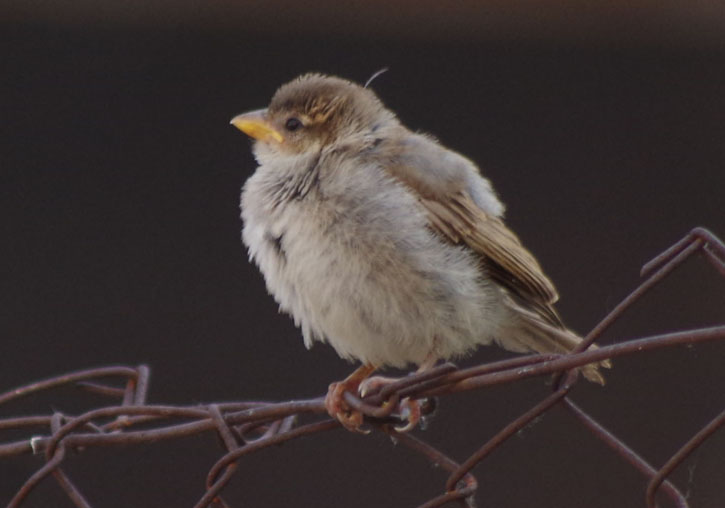 The Cavanilles Institute of Biodiversity and Evolutionary Biology of the University of Valencia, in collaboration with the University of Alicante, has studied how noise pollution from the Moors and Christians festivities affects the reproduction of the house sparrow. The work presents a new line of research, since so far there have been very few studies that have focused on loud and intermittent noises of a recreational nature, as is the case of traditional festivals, and the effects they cause on urban fauna.

The authors of the article, Edgar Bernat and José Antonio Gil, from the Cavanilles Institute, and Germán López, a researcher at the University of Alicante, have found that the population of juvenile sparrows decreases in those populations that celebrate the Moors and Christians festival during the breeding season. This is due to the noise pollution caused by the firecrackers, musket shots and fireworks from the festivity.

“Recreational and intermittent noise has been studied very little in terms of the effects it has on urban fauna, in this case we studied the house sparrow, since it is an urban bioindicator and we wanted to know to what extent the festivals that coincided with the breeding season had an influence on their reproduction, which is another aspect that had not been analysed until now in any species”, explains Edgar Bernat.

For this, the study, published in the journal Environmental Pollution, has analysed five pairs of localities depending on whether they have the holidays between April and May and therefore coincide with the breeding season; or if they are held outside of spring. According to Bernat, “we not only wanted to make the comparison based on when the festivities are, but also that they were more or less similar municipalities and that they are relatively close”. In this way, Banyeres de Mariola have been compared with Bocairent, Onil with Castalla, Muro de Alcoi with Cocentaina, Petrer with Villena and Alcoi with Ibi.

To carry out the sampling, the researchers have counted the juvenile individuals – born in the year of study – that were in an area of one hundred meters around the Moors and Christians route fifteen and thirty days after the end of the festivities. Thus, they have been able to obtain the ratio of juvenile and adult individuals that has served as an indicator of youth productivity.

This analysis, which was carried out in 2019, showed that there were more juvenile sparrows in localities where the festivals are outside the breeding season. “When we were going to publish these results, the pandemic arrived, everything was cancelled and we saw an opportunity to make a comparison in those municipalities where the breeding season did coincide with the Moors and Christians”, says the expert.

In this way, the article points out that the youth ratios in 2020 were in both types of localities, with parties in spring, cancelled, and with parties at another time. Likewise, the authors have seen that the confinement has not had a notable effect on the normal reproductive success of the species, although it did improve in the localities where the spring festivals were cancelled.

Bernat believes that this is due to the fact that the sparrow’s reproduction not only depends on acoustic factors, but also other causes, such as the food that people provide it and that disappeared in confinement. Therefore, this study also leaves possible future lines of research regarding other elements that affect the reproduction of fauna. In addition, another of the possible avenues of further study is to know how air pollution created by the parties themselves, not just acoustics, affects sparrows.

Como menciona el investigador, “nosotros no decimos que se deban cancelar las fiestas tradicionales o que se transformen porque afecte a la reproducción del gorrión. Sin embargo, sí que tenemos claro que se deben llevar a cabo medidas compensatorias para ayudarlo de otra manera, porque una de las decisiones que más perjudica a las aves es la ausencia de política verde en las ciudades. Por ejemplo, se debe colocar césped natural en vez de artificial, evitar pavimentar los parques y que se adecuen las tejas de las casas para que puedan nidificar. Es decir, ponerles facilidades a pesar de que los perjudiques durante esas fiestas”. As the researcher mentions, “we do not say that traditional festivals should be cancelled or that they be transformed because it affects the reproduction of the sparrow. However, we are clear that compensatory measures must be carried out to help them in another way, because one of the decisions that harms birds the most is the absence of green policy in cities. For example, natural grass should be placed instead of artificial grass, avoid paving parks and the tiles of the houses should be adapted so that they can nest. In other words, provide them with facilities despite the fact that you harm them during those festivities”.

The BioRoboost Project, coordinated by the University of Valencia, presents its White Paper on standards in Synthetic Biology