Mètode analyses the opportunities, challenges and threats of arid zones 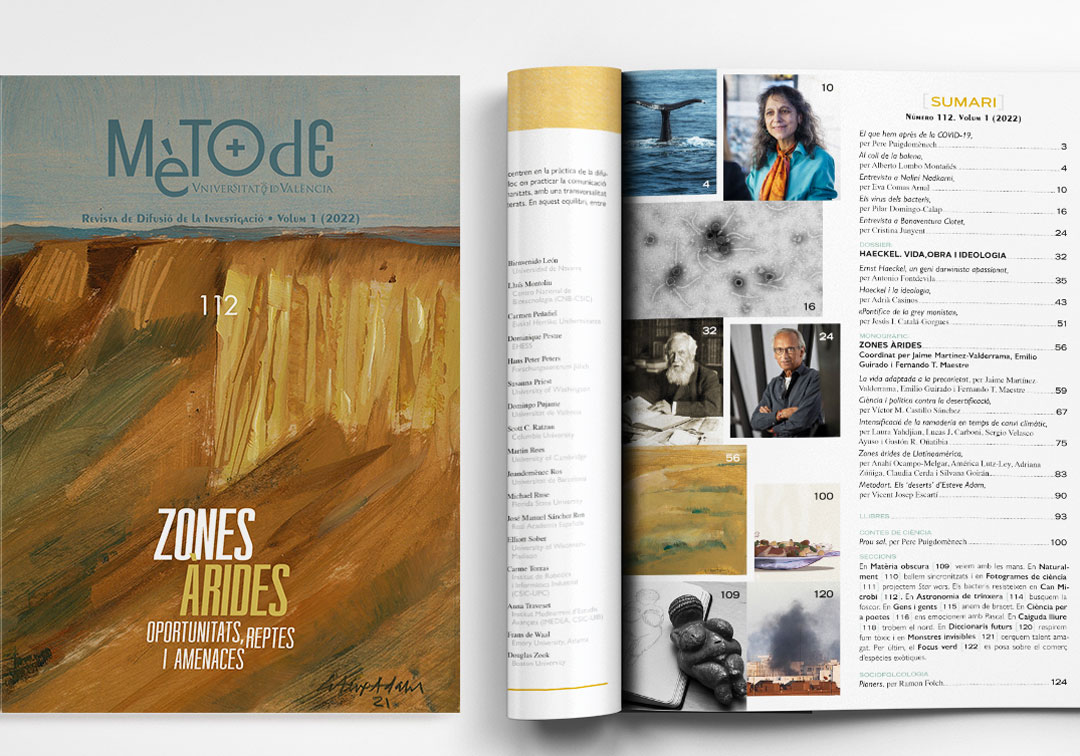 Desertification, overexploitation and soil degradation are some of the themes of the new monograph.

Arid zones occupy around 40% of the Earth's surface. Beyond the vision we have of them, they are spaces that are home to great biodiversity and are a source of resources for a large part of our planet's population. However, climate change, mismanagement and overexploitation of resources are threatening the balance of these areas and are leading to increased desertification and degradation of these lands. This is the starting point for the new issue of the Universitat de València's journal Mètode, "Arid zones: Opportunities, Challenges and Threats", coordinated by professors Jaime Martínez-Valderrama and Emilio Guirado, researchers at the Multidisciplinary Institute for the Study of the Environment at the University of Alicante, and Fernando T. Maestre, director of the Laboratory of Dry Lands Ecology and Global Change at the Universidad de Alicante.

Issue 112 of Mètode magazine includes articles on the ecology of arid zones, on the institutional response to desertification, on the effects of grazing on vegetation and soil, and on the use of water resources in various territories. The magazine has also benefited from the collaboration of the artist Josep Esteve Adam, author of the cover and of the interior works through which he offers us a look at arid zones from his chromatic palette of ochres and sands.

Issue 112 of Mètode launches a new section that unites science and literature. "Science stories" aims to be a section open to collaborations and proposals from all those people with literary interests who want to share their stories where science is the protagonist. The section opens with a story by Pere Puigdomènech, research professor at the Centre de Recerca en Agrigenomica de Cerdanyola, which offers us a story where science and gastronomy are the protagonists.

The magazine is completed with several in-depth articles that analyse issues such as the use of phages against bacterial resistance to antibiotics, or interviews with the ecologist Nalini Nadkarni (Nat 2022 Award) or the director of the AIDS Research Institute Bonaventura Clotet (National Research Award). The magazine also includes a dossier on the figure of the scientist Ernst Haeckel, in addition to its usual sections by contributors such as Ramon Folch, Xurxo Mariño, Gemma Marfany, Alma Bracho, Chantal Ferrer, JM Mulet and Roberto García Roa, among others.