Meeting of electoral debate on Tuesday 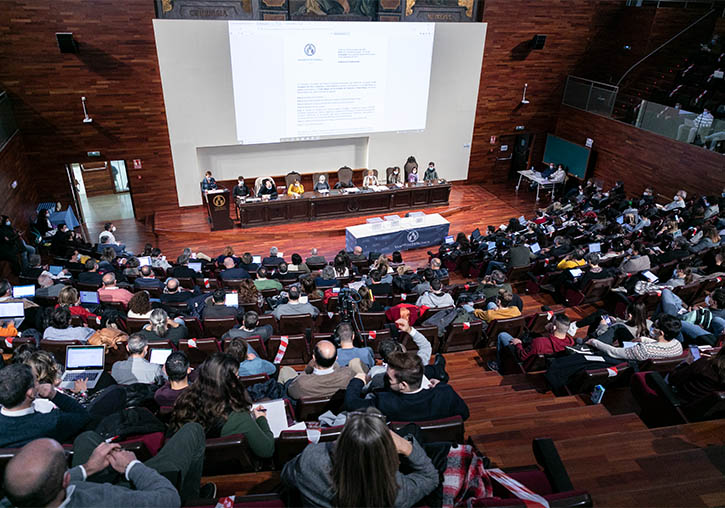 On 1st March 2022, the elections for principal of the Universitat de València, called by agreement of the Governing Council on 13th December 2021, will be held.

You can consult this news on the UVnews website: https://links.uv.es/nH2WZsI

Thus, the campaign of the principal elections of the University that will take place next 1st March has begun on Monday 14th February, and according to the electoral calendar, the Senate will meet on Tuesday 15th February from 9 a.m. onwards.

In the session of the Senate, the proclaimed candidacies and programmes will be presented and debated. Last 28th January, the Electoral Commission proclaimed the only candidacy presented: the one headed by the current principal Mª Vicenta Mestre.

The Senate meeting can be followed lived on the University website, in a UVcommunication broadcast by the UV audiovisual studio: