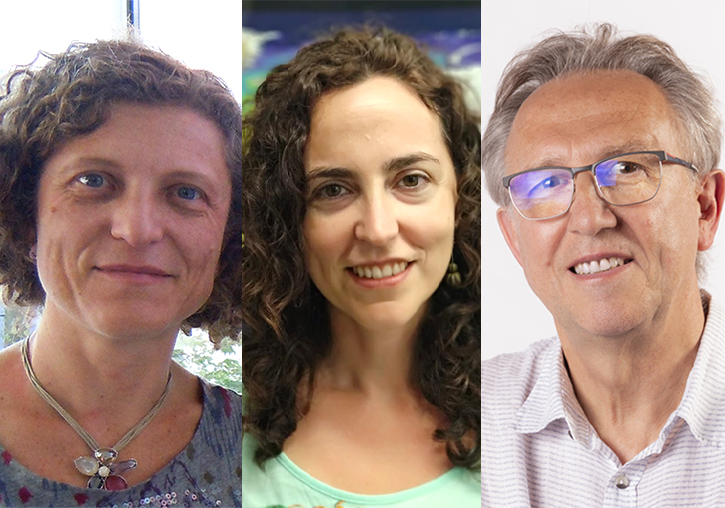 The University of Valencia (UV), FISABIO, INCLIVA and the CSIC have organised the Mediterranean Researchers’ Night (MEDNIGHT) in Valencia with science activities for all audiences, the afternoon and evening of September 24. The city thus joins the European Researchers’ Night, an event that is held in 370 European cities and that in the old Turia riverbed includes about thirty workshops and performances with Mediterranean science as a common thread. Admission is free with limited capacity.

The UV participates in MEDNIGHT, which will be held in the old Turia riverbed in front of the Palau de la Música, with a monologue by María Piles Guillem, Ramón y Cajal researcher from the Image Processing Laboratory (IPL), as well as four workshops: Arqueochemistry: deciphering ‘MATRIX’, Luminescence, how to clean water with MOF and How to make slime at home. In addition, the European Corner project will explain their research projects Mónica Bolufer, professor of Modern History at the UV and researcher at the University Institute of Women Studies and Eugenio Coronado, professor of Inorganic Chemistry at the UV and director of the Institute of Molecular Science (ICMol). In addition, Publicacions de la Universitat de València will have its own space at the event.

MEDNIGHT is a European project that for three months has taken the science that is done in various Mediterranean countries to the streets and beaches of different cities bathed by this sea. València thus joins Cartagena, Murcia, Orihuela, Alicante, Castelló de la Plana, Messina, Crete, Limnos, Nicosia and Malta in the celebration of this event.

The Valencia event coincides with the European Researchers’ Night in 370 other cities in Europe. It is the ‘end of the party’ of MEDNIGHT, a project that has received funding from the European Union's Horizon 2020 research and innovation program within the framework of the Marie Sklodowska-Curie actions formed by a consortium of 13 entities. All the activities have a common objective: to promote and value Mediterranean Science, and to highlight especially the work carried out by female researchers.

The researchers of these entities organise a series of workshops and actions where they show the public the research that is encompassed in various thematic areas that cover the most challenging fields for the countries of the Mediterranean basin and in which scientists have an indispensable role: Geology and Biodiversity, Sea and Pollution, Climate and Clean Energy, Diet and Nutrition, Life and Health, History and Heritage, Pioneering Women Scientists, and Future.

Thus, one of the ‘star’ topics in this edition is the fight against coronavirus. At MEDNIGHT there will be workshops that will explain how vaccines are obtained and how a PCR is done. In addition, the invisible world of microorganisms will become visible to the public, who will also be able to play at becoming one of the bacteria that inhabit the Mediterranean and are part of our diet. It will also be known what the bacteria eat and whether or not they are human friends, among others.

The University of Valencia has organised four face-to-face workshops. Archaeochemistry: deciphering ‘MATRIX’ will explain the X-ray, RAMAN and Spectroradiometer analysis in the study of archaeological materials. In the Luminescence workshop, the applications of perovskites, of great interest both in the field of photoelectronics and photovoltaics, will be explained, and luminescent nanoparticles will be prepared. The third one, How to clean water with MOF will analyse the applications of organometallic structures or MOF, useful for trapping and storing molecules and for application in biomedicine and selective capture of greenhouse gases. The fourth workshop of the UV, How to make slime at home, consists of making this product from common elements of everyday life such as transparent glue, borax and water.

The antioxidant power of fruit in the ‘Mediterranean diet’ and other curiosities of plants; advances in reproductive medicine or rare disease research; A workshop to promote healthy lifestyles and explain how diseases are detected from DNA are other workshops that will be available to the attending public, with limited capacity, from 18 to 20 hours.

Another of the points of interest at MEDNIGHT is the European Corner, where, in collaboration with Europe Direct in the Valencian Community, various dissemination activities will be carried out with the European Union and the importance of Europe for the Valencian R&D&i system as a backdrop. In this space, researchers from the four entities organising MEDNIGHT in Valencia (FISABIO, INCLIVA, UV and CSIC) will present to the public, in an interview format, their research with European funding, from trying to reproduce the energy that is created in the interior of the stars to the development of new materials for everyday life. Researchers Mónica Bolufer and Eugenio Coronado will be interviewed on Friday at 7 pm to explain their research projects.

Mónica Bolufer Peruga is a professor of Modern History at the UV and a researcher at the University Institute of Women Studies. Specialising in social, cultural and gender history, she dedicates her work to the study of gender models in eighteenth century Europe and its colonial territories. She has an Advanced Grant from the European Research Council (ERC) –the first in the area of social and humanities in the Valencian Community– for the study of gender models in Europe.

Eugenio Coronado is professor of Inorganic Chemistry at UV and director of the Institute of Molecular Science (ICMol). Among his research lines is the design of intelligent materials formed by magnetic molecules deposited on two-dimensional materials, analogous to graphene, with magnetic or superconducting properties. He is the holder of two Advanced Grant grants from the European Research Council (ERC), and maintains three active FET-OPEN projects to support Future and Emerging Technologies (H2020) and linked to disruptive technologies.

Starting at 9 p.m., the activity moves to the MEDNIGHT stage, also in front of the Palau de la Música. Here, the research staff of FISABIO, INCLIVA, UV and CSIC offer individual performances and monologues about their research. Thus, the Meitner Project is presented to the public, a play that pays tribute to the figure of the pioneer of nuclear physics Lise Meitner, who was unjustly forgotten by the Nobel Prize. María Piles Guillem, Ramón y Cajal researcher at the Image Processing Laboratory (IPL) of the University of Valencia, will perform a ten-minute monologue related to climate change and artificial intelligence.

MEDNIGHT is held within the framework of the European Researchers’ Night, a scientific dissemination project promoted and funded by the European Commission as part of the Marie Sklodowska-Curie actions (grant agreement No. 101036107) of the Horizon 2020 program.

The University of Valencia increases the number of citations of its researchers in Google Scholar by 20.41% in the last year