Mª Vicenta Mestre has taken office as Principal of the Universitat de València, after the election process for the principal's office. The event, chaired by the President of the Valencian Government, was attended by a wide representation of Valencian society. The Principal highlighted the challenges that the Universitat de València has to face, focusing on a people' s university, highlighting the institution's opposition to war and in favour of a more just, educated, supportive, inclusive and sustainable society. The event has been broadcast live by UVcommunication.

Some minutes before half past ten in the morning on Tuesday 29th March, the institutional retinue made up of several members of the Valencian Government Council entered the Paraninfo of the Universitat de València, in the historic building on Calle de La Nave.

Not long after, all the principals of the public universities of Valencia, the Principal of the Universitat de València, Mª Vicenta Mestre, and the Molt Honorable President of the Valencian Government, Ximo Puig, entered the most noble and ancient of the halls of the Universitat.

A wide representation of Valencian society was also present: from the legislative, executive and judicial powers, academic and professional associations, the armed forces and police forces, and trade union, business and social movement organisations.

The General Secretary of the Universitat, Mª Elena Olmos, has proceeded to the reading of the Decree of the Valencian Government by virtue of which Mª Vicenta Mestre is appointed as Principal of the Universitat de València.

Following the investiture ceremony, and according to the law, Mª Vicenta Mestre has promised to 'fulfil and enforce the Constitution' in the exercise of her functions as the new Principal of the Universitat de València.

You can find this decree on the Official Journal of the Generalitat Valenciana website (DOGV):

“Let's say no, we are not from that world: we are for peace and understanding between peoples”

Using this expression of the singer-songwriter Raimon, Universitat de València Medal, the Principal of the Universitat, Mª Vicenta Mestre, highlighted the work in the Comprehensive Action Plan in relation to the war in Ukraine, as well as the actions to welcome Afghan women. She also referred to situations of violence that violate human rights, the murder of journalists, feminicide and female genital mutilation.

In her inaugural address, the Principal referred to the COVID-19 pandemic crisis, which has been managed through co-governance, "preventing anyone from being left behind", making progress in teaching transformation, and in coordination with the Valencian Government and the rest of the universities in the system.

The Principal also emphasised that, in this complex scenario of under-funding, replacement rates and regulatory uncertainties, a large number of teaching and administrative staff have been stabilised and promoted.

There has also been a considerable increase in research income, the institutional and business agreements and chairs network has been extended, and the Universitat de València has become the leading university in Europe in the Erasmus programme.

The increase in the offer of double-degree programmes, the promotion of digital transformation and electronic administration, as well as the commitment to our language, equality, diversity and sustainability, as well as entrepreneurship, employability and a cultural offer that seeks to bring out the university cultural talent have been emphasised by the Principal, who has highlighted the importante of the centenary of Publications of the Universitat de València.

"In order to respond to the needs of our society, we need to face the challenges we face from an awareness of the times in which we live", the Principal emphasised.

Mª Vicenta Mestre made an overview of the challenges for the future, highlighting co-governance as a style of government. “We will do this by executing the slogan of our election campaign: we talk, we work, we progress”.

Furthermore, the Principal has demanded the need for a new funding model, the abolition of the replacement rate and the signing of the collective agreement for Valencian public universities, recalling that "all the principals who have preceded me have demanded good funding".

The former Principals Lapiedra, Ruiz and Tomás, as well as several personalities awarded with the Universitat de València Medal were present at this event.

You can read the full text of the Principal's speech by following this link:

In his speech, the President of the Valencian Community, Ximo Puig, assured that the new legal framework for Valencian science will promote a stable system of technology and knowledge transfer from universities to the productive sectors, to contribute to progress in research, innovation and internationalisation, and, ultimately, to “create quality employment and achieve full employment”.

This “Law for the Promotion of Science in the Valencian Community” will have university innovation as a “cornerstone”.

Finally, the president reiterated the Council's commitment to address university funding and advanced that before the summer the Valencian Government will have the funding plan draft, which is being developed by the IVIE.

You can find this information on the website of the Presidency of the Generalitat: 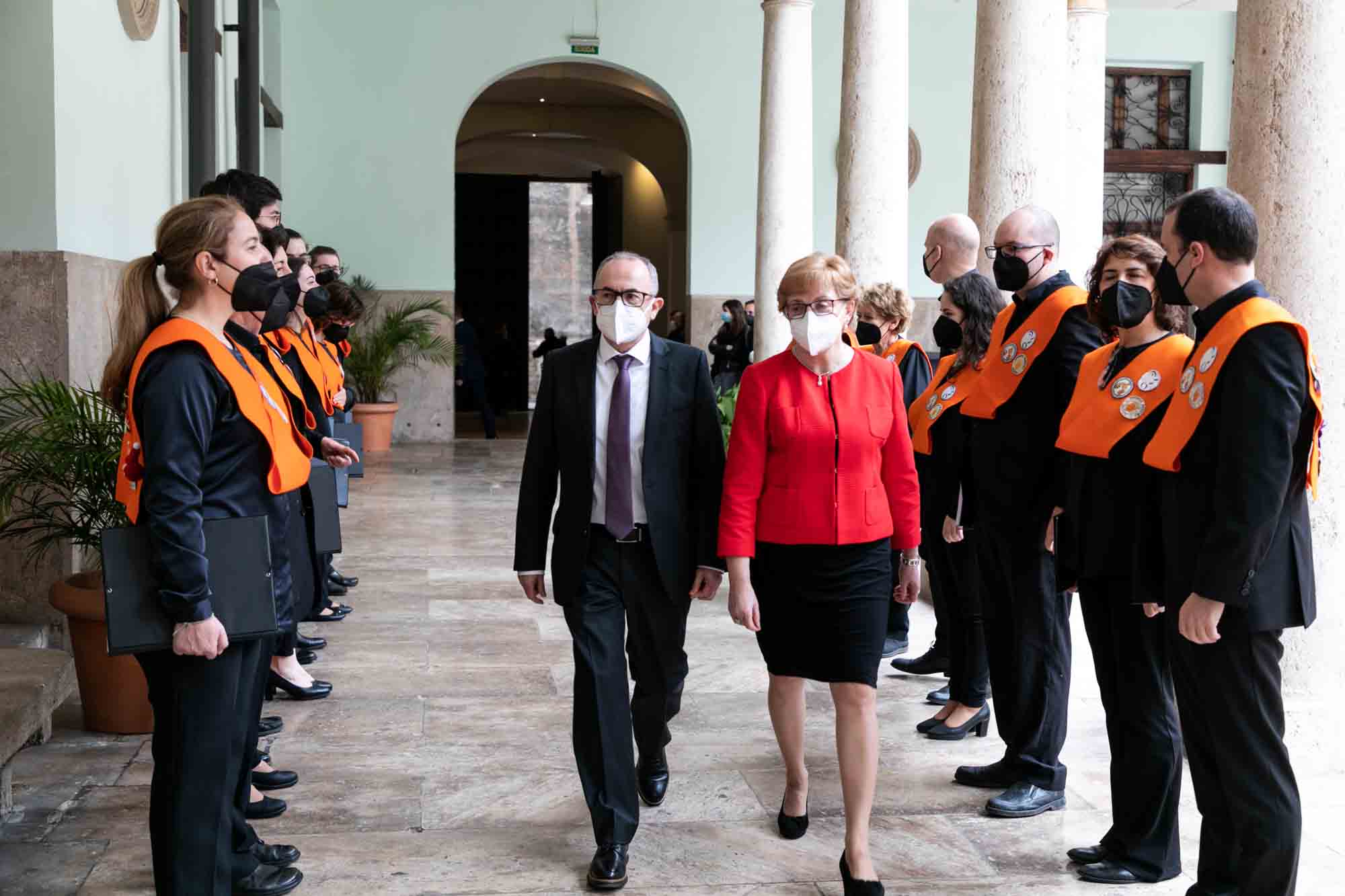 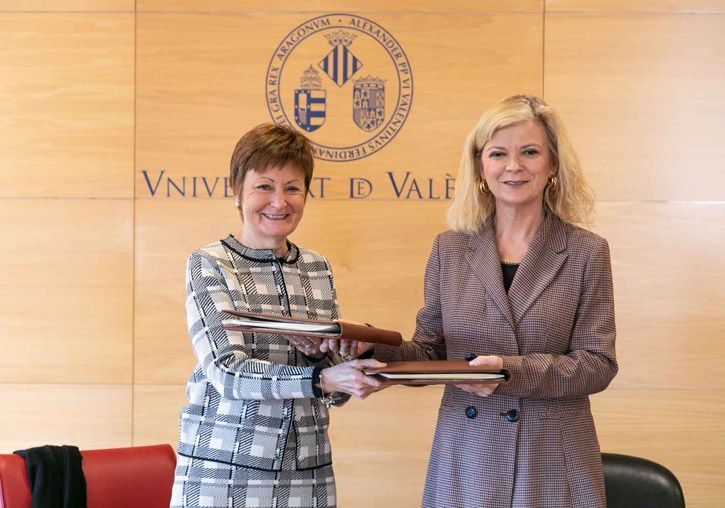