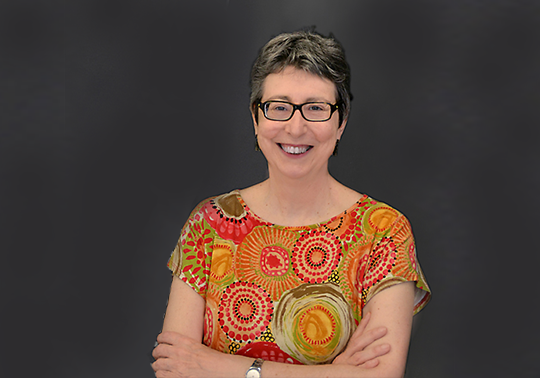 María Jesús Esteban affirmed on Wednesday that high-level mathematics represent an impact of 15-16% on the GPD of the advanced countries. Esteban, research director of the Centre National de la Recherche Scientifique in the Ceremade of the Université Paris-Dauphine, has been appointed Doctor Honoris Causa by the Universitat de València during a solemn act celebrated at the Paranimf of the historical building of La Nau.

The principal Esteban Morcillo has chaired the act. Olga Gil, full university professor of the Department of Geometry and Topology, has read the ‘laudatio’. Miguel Soler, regional secretary for Education and Research; Salvador Palazón, general director of AVAP (Agència Valenciana d'Avaluació i Prospectiva); Ramon Ferrer, president of the Valencian Academy of Language (AVL); and Sandra Mínguez, member of the Valencian Parliament, have also attended to the ceremony.

‘The recent impact assessments that have been carried out in Great Britain, the Netherlands and France show that high-level mathematics represents an impact of 15-16% on the GPD and in France it represents 10% of all the jobs.’ With these data, María Jesús Esteban has highlighted the increasing impact of the mathematics: ‘Amazing numbers! And they are even more amazing if we take into account that these numbers are constant from country to country, despite the different economic and industrial structures that exist in these countries.’

The full ‘lectio’ can be read by clicking here.

In the ‘laudatio’, Olga Gil has described María Jesús Esteban as ‘one of the greatest female mathematicians of her generation.’ ‘For me, it is a double source of pride to show you what woman in mathematics has achieved for society.’ Olga Gil has said that Valencia will be the next headquarters of the world congress of the ICIAM. Every four years, it gathers more than three thousand experts who can interact with the most prestigious speakers at the moment. ‘This congress is going to take place in Spain for the first time and the Universitat de València is the headquarters which had the support of the Spanish Society of Applied Mathematics when it presented its candidature.’ This will be on July 2019.

The ‘laudatio’ can be read by clicking here.

The Principal Esteban Morcillo has pointed out the celebration context of the fifty years of the Mathematics studies at the Universitat de València. The Principal has describes the new doctor ‘honoris causa’ as a ‘prestigious researcher which is also committed with the scientific dissemination and the management and the structuring of science at an international level, especially from the presidency of The International Council for Industrial and Applied Mathematics.’

Esteban Morcillo has enhanced the trajectory of the mathematics at the Universitat de València. ‘In 1566 it was published the arithmetic treatise by Jeroni Muñoz, professor of this institution. It was also published between 1707 and 1715 and then republished several times during the 18th century the ‘Compendio matemático’ by Tomás Vicente Tosca and Mascó, who was vice-principal of the University.’

The Principal’s speech can be checked out by clicking here.

Esteban will also participate in several events during the whole week. A conference at the Faculty of Mathematics and a workshop of the Spanish Society of Applied Mathematics (IWIMath17 http://www.uv.es/iwimath17/), among others. On Saturday, it is scheduled the ICIAM Board Meeting, where it will be decided the HQ of the worldwide congress of the association in 2023. Valencia was chosen as the headquarters of the congress planned for 2019.

María Jesús Esteban Galarza (Alonsotegi, Biscay, 1965) works as an exceptional class research director of the Centre National de la Recherche Scientifique in the CEREMADE of the Université Paris-Dauphine and as the president of the International Council for Industrial and Applied Mathematics.

She holds a degree in Mathematics from the University of the Basque Country and a doctorate from the Université Pierre et Marie Curie (Paris VI). Her research activity is mainly focused on mathematical modelling of physics and quantum chemistry problems and the interaction between fluids and solids.

María Jesús Esteban is member of the scientific committee of the Centre National de la Recherche Scientifique and president of the scientific committees of Basque Center for Applied Mathematics and the Indo-French Centre for Applied Mathematics. She is an academic of Jakiunde, the basque academy of science, arts and letters. She co-directs the journal Annales de l’Institut Henri Poincaré - Analyse non-linéaire and is a member of editorial councils of different scientific publications as well as committees of different international institutions. She is the former President of the Societé de Mathématiques Appliquées et Industrielles and also of the committee of Applied Mathematics of the European Mathematical Society. She has been a member of the Abel awards selection, the most internationally prestigious mathematics awards.

Her intense activity has been recognised with the distinction Chevalière de l’Ordre national du Mérite of France with the Doctorate ‘Honoris Causa’ by the University of the Basque Country with her designation as Honour Partner of the Royal Spanish Mathematics Society.