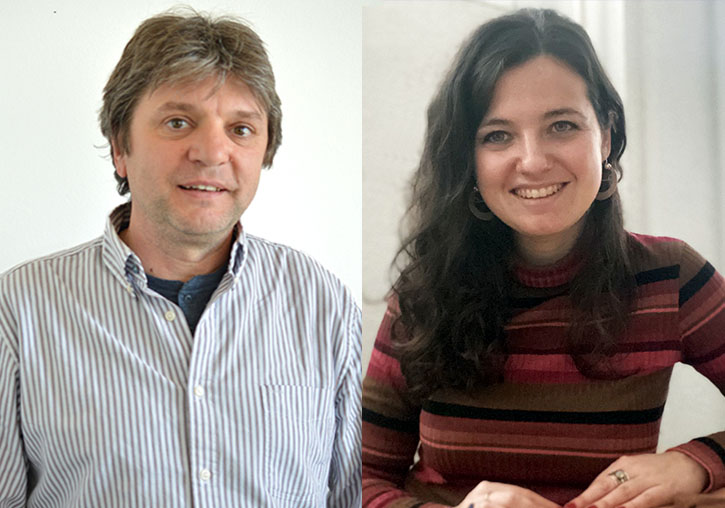 An international research team led by the Max Plank Institute and the Institute of Vertebrate Paleontology and Paleoanthropology of the Chinese Academy of Sciences, in which Daniela Rosso (Universitat de València) and Andreu Ollé (Universitat Rovira i Virgili) participate, has discovered in North China a 40,000-year-old site frequented by a population with technologies that do not correspond to those described in sites inhabited by archaic populations in the region. The finding, published today in the journal Nature, contradicts the idea of rapid replacement of archaic populations by anatomically modern humans and suggests a period of genetic and cultural hybridisation.

“The Xiamabei findings, in northern China, are of great importance for the study of the development of complex human cultures, since they represent the oldest evidence of the use of dyes in East Asia”, explains Daniela Rosso, researcher at the Department of Prehistory, Archaeology and Ancient History of the University of Valencia, who dealt with the study of dyes found in the region.

“The microscopic study of the surface of the instruments has provided interesting technological and functional data, as well as evidence on some uses of these dyes”, highlighted Andreu Ollé, also a researcher at the Catalan Institute of Human Paleoecology and Social Evolution (IPHES) and professor associate of the Rovira i Virgili University (URV), who carried out the traceological analysis of the lithic industry.

One of the most important events in human evolution is the global expansion of Homo sapiens. Fossil, genetic, and archaeological evidence indicates that there have been several episodes of dispersal of anatomically modern human populations from Africa in the last 200,000 years. These, migrating through Eurasia, interbred with archaic populations such as Neanderthals and Denisovans. However, paleoanthropological and archaeological evidence remains ambiguous about the arrival of modern populations in East Asia and their interactions with indigenous populations.

Modern humans were already present in China 110,000 years ago, but this hypothesis has recently been challenged by new dating and genetic analyses. Human remains and genetic analyses indicate that modern populations must have already been present in China 40,000 years ago. However, changes in behaviour that could be linked to this presence in this wide region were not identified until approximately 29,000 years ago, when stone carving technologies appeared that allowed the standardised production of microblades.

The expansion of modern humans was facilitated by social and symbolic innovations. The use of dyes and miniaturised technologies, for example, is considered an archaeological indicator of greater cultural complexity that would have facilitated the expansion of modern populations. However, except for the use of ornaments and dyes at one of the Zhoukoudian caves (approximately 35-33,000 years ago) and beads made from ostrich eggshells at the Shuidonggou 2 site (approximately 31,000 years ago), no other clear evidence of this behaviour in China is known.

The human group that frequented this site used small stone tools, carved mainly by bipolar carving on an anvil. These populations attached these tools, with the help of vegetable fibres, to handles, some made of bone, and used them to work leather and wood and for butchering. Different types of dyes were transported to the site, which they scraped and ground to produce red powder, used for unidentified activities. This red powder was impregnated on the ground, thus leaving a red stain. In addition, a slightly modified elongated bone flake was used, probably for leatherworking.

These original cultural traits may reflect early colonisation by hitherto unknown modern populations that may have had cultural and genetic exchanges with local Denisovans. They may also correspond to a local cultural evolution of the Denisovans, possibly after early contact with modern populations. Although the absence of human remains does not allow one of the two scenarios to be chosen, the original behaviours identified by the researchers, which differ from those observed to date, suggest a complex transition period with repeated episodes of genetic and cultural exchange: a mosaic pattern that would imply in some cases the diffusion of populations and innovations and, in others, the persistence of local traditions with the adoption of some innovations.

- Fragment of dye with abrasion marks (left) and bone flake with use marks (right).

- Excavation of the Xiamabei site.