The doctorate student from the Universitat de València will participate with the Spanish National Team in the Powerchair Hockey World Championship that will take place from 9th to 14th of August in Switzerland. 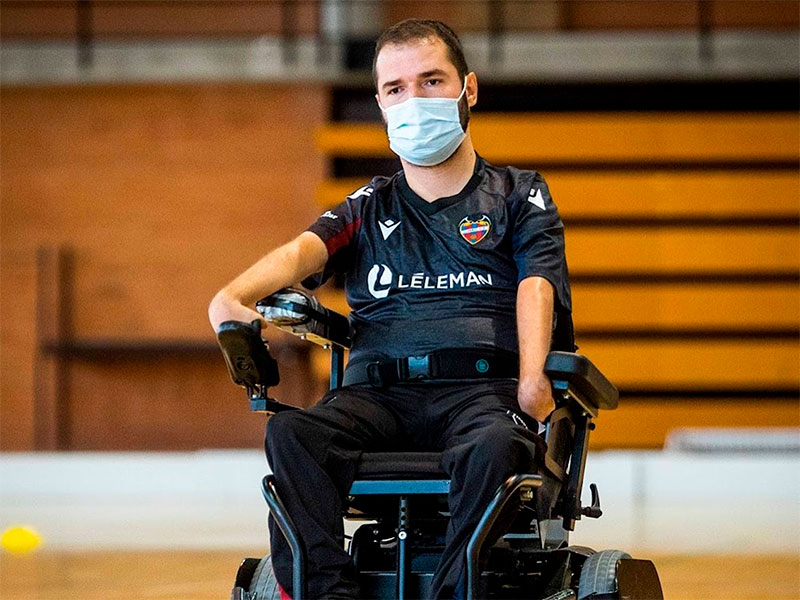 The Spanish National Team of powerchair hockey will celebrate a reunion in València on 18th and 19th of June to get ready to the world championship in August in Switzerland. The training sessions, directed by Salvador Pons, will take place in the central court of the Sports Pavilion of the Blasco Ibañez Campus of the Universitat de València. On Sunday morning the training will be open to the public, there will be matches between the Spanish National Team and the Levante U.D. Masclets so that the general public can discover this exciting adapted sport.

“Considering the spectacle it gives, I am surprised how unknown this adapted form of hockey is in Spain” says Gabriel Calvo, “also is one of the few sports that can be practised with a severe disability” explains the Valencian athlete.

Gabriel Calvo is 28 years old, graduated in Mathematics, has a Master in Biostatistics, and is an elite athlete. Currently, he combines a demanding training for the World Championship with his research work in the Universitat de València, where he is a doctorate student in the Department of Statistics and Operational Research. 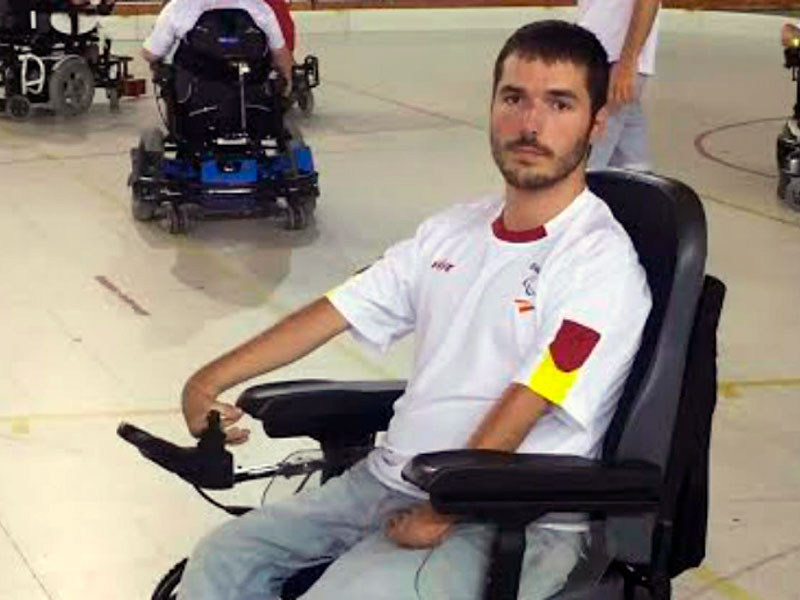 Gabriel trains three or four times per week at the Sports Pavilion of the Universitat de València. One day he trains with his team —Levante U.D. Masclets— with whom he usually practice techniques, strategies and plays on Sundays for three and half hours. He spends another two days, in one-and-a-half hour individual sessions to practice aiming and ball possession. And another day he does slalom, a sport that consist in a race against the clock, in which the athlete has to complete a course overcoming turns, changes of direction, ramps. etc. in the shortest time possible.

This will be the first time Spain participates in this intercontinental competition, but Gabriel Calvo has great confidence in the team and the work behind it: “I can’t wait for the World Championship; it will be our first time in a competition at this level. Maybe for that’s why we are underestimated a little but I am convinced that Spain has a very high level, we have trained hard and we are going to at least scare them, because we are skilled and we are going for it”. 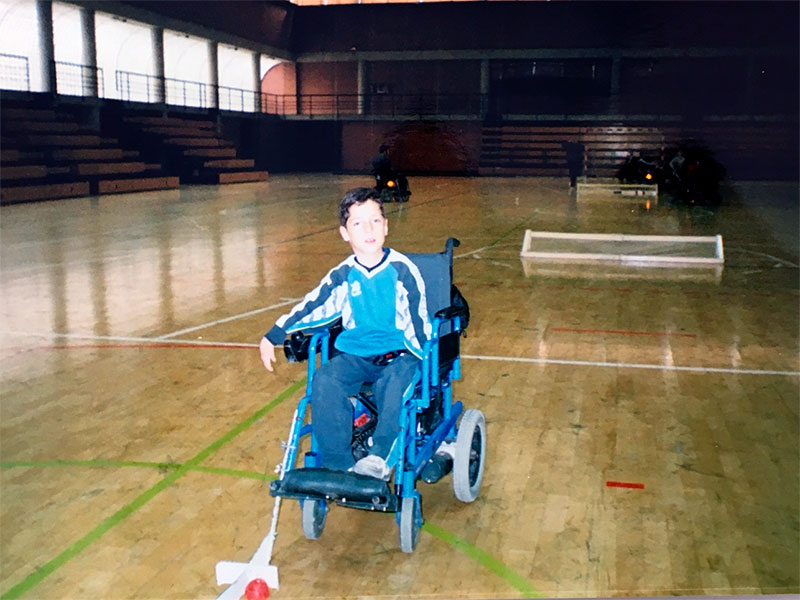 The doctoral candidate and athlete from the UV discovered Powerchair Hockey at the age of 7, with the Masclets club that then became Levante U.D. Masclets when, in 2009, Levante Foundation opened the section of Adapted Sport. “For us the support of institutions is essential. Without the help of the Levante foundation it would be very difficult to maintain a competition chair because a new chair costs 14,000 euros. Likewise I am thankful to be able to train at the Sports Pavilion of the Universitat de València, where I can keep my competition chair in the storage and that makes it easier for me to go training and change chairs.” Gabriel explains. 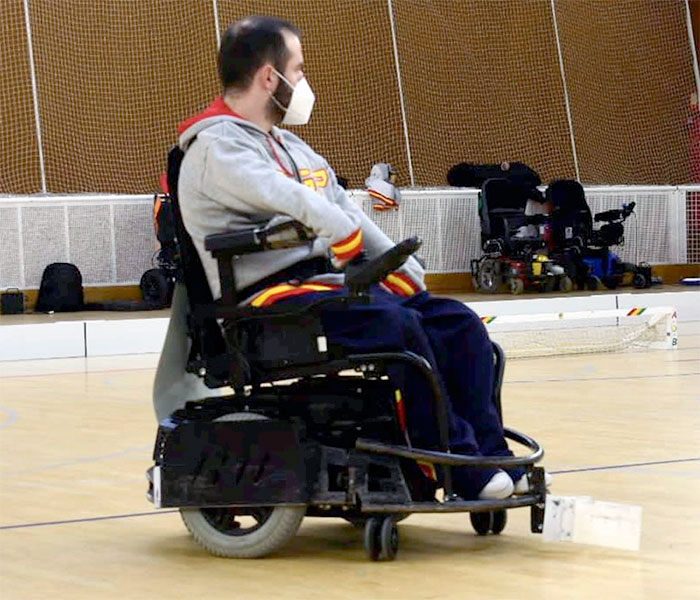 “I train once a month with the Spanish National Team. We meet in different Spanish cities and practise techniques and strategies”, Gabriel explains.  In hockey there are two types of players, the ones who held the hockey stick with their hands, and the others, that due to their level of paralysis can’t hold it with their hands, have a T-stick that is attached to the front of the wheelchair. Gabriel is of the second ones, on the matches this are key players because their goals count double than the ones made with a handstick. “Hockey is a very strategic game, in the team we develop triangulation strategies to achieve as many goals as possible, we dedicate a long time to practice the operation of the chair to control the ball, we also practice defence and attack plays... there is great dedication behind each victory”.

Powerchair Hockey was born in 1995 and its designed for people with a high degree of disability, athletes with cerebral palsy or acquired brain damage can participate.  The teams are mixed and play 5 against 5. “I would encourage everyone to try it, it doesn’t matter for what purpose, it is not necessary to compete, but to play, even if it just to have a good time. You don’t need a competition chair, you can try with the chair that you usually use, you just need a stick, a ball, and the desire to enjoy and live a new experience”. 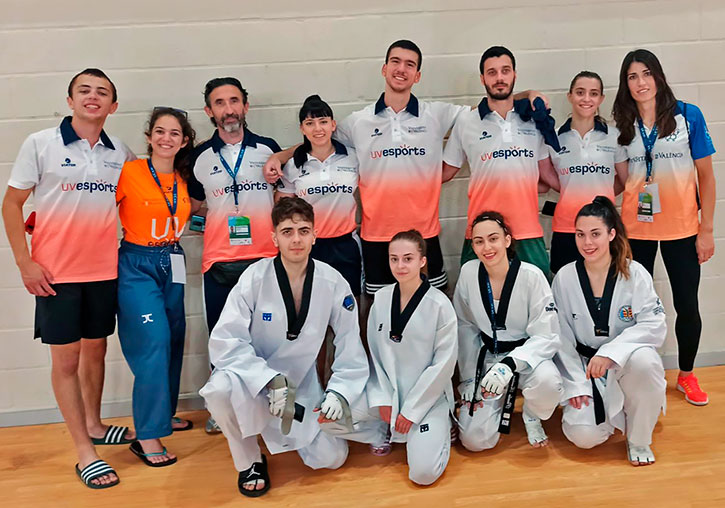 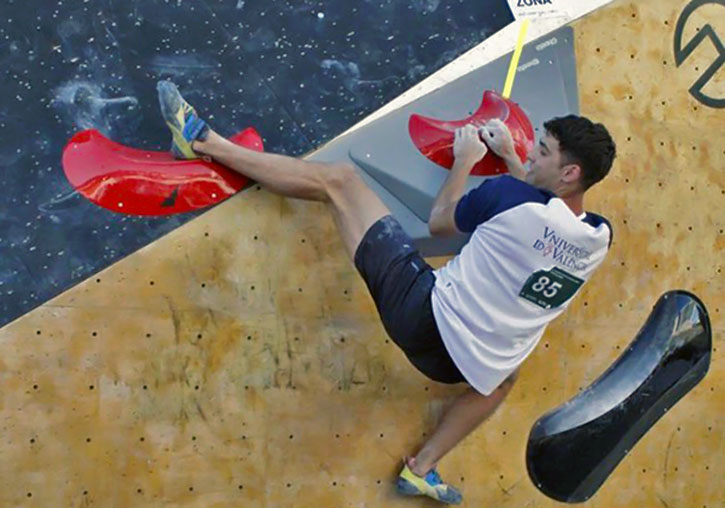