On 18th Friday and 19th Saturday of October will take place in Centre Cultural La Nau the European Heritage Days (EHD) of the Universitat de València. These meetings belong to the awareness programme about the Cultural Heritage in collaboration with European Commission, which aim is society to know the different university heritage from an European scale. The motto for this edition that takes part in more than 50 States is “Arts and Entertainment”.

With these meetings, the Universitat joins in the commemoration in order to close its cultural heritage to society and spread the principles that represent its rich heritage.

The EHD in the Universitat de València will confirm a free core activity entitled “La Universitat vista pels viatgers del segle XIX” (The University as seen by 19th Century travellers). It consists in a tour based on the routes, which were made by erudite and intellectual 19th Century people, who visited the historical building of the Universitat. This will take place on Friday at 12:00 pm and at 6:00 pm, and on Saturday at 12:00 pm; and another complementary activity that consists in guided free tours to La Nau exhibition.

The complementary activity has three free tours to exhibitions guided by its commissioners: “Gent i llocs. Gabriel Cualladó IVAM  collection” (People and Places), in the care of Álvaro de los Ángeles (Friday at 5:00 pm), “Àvies, inventores i vampires” (Grandmas, inventors and vampires) (Friday at 5:00 pm) in the care of Álvaro Pons, director of Aula de Cómic Universitat de València; and “Vicent Ferrer: un predicador de la tardor medieval” (Vicent Ferrer: an autumn medieval preacher) in the care of Francisco Gimeno, full university professor of Historiography Sciences and Techniques of the Universitat de València (Saturday at 11:00 am).

Previously, you must sign up for participating to these activities by sending an email to: visites.guiades@uv.es.

The EHD: joint action for culture in the EU

The Council of Europe launched the initiative in France in 1985; the EHD became a joint action with the European Union in 1999. Since then, the EHD has become the most widely celebrated participatory cultural event, which every year to over 30 million citizens of Europe visit over 50.000 monuments and places through this activity  in the 50 countries party to the European Cultural Convention.

It has multiple aims. For example, raise the awareness of European citizens to the richness and cultural diversity of Europe, foster the intercultural dialogue, counter the racism and the xenophobia, and encourage greater tolerance in Europe, or inform the society, the public and political authorities about the need to protect cultural heritage against new threats.

This programme has two perspectives. On the one hand, it has a local dimension, related to the territory heritage resources valuations and it provides the opportunity to improve the knowledge and promote the material and immaterial heritage of every region; and, on the other hand, it presents an European dimension that aims our common heritage, enriched by the great cultural European diversity, a common heritage that builds an economic resource and social link, of intercultural dialogue and mutual understanding. 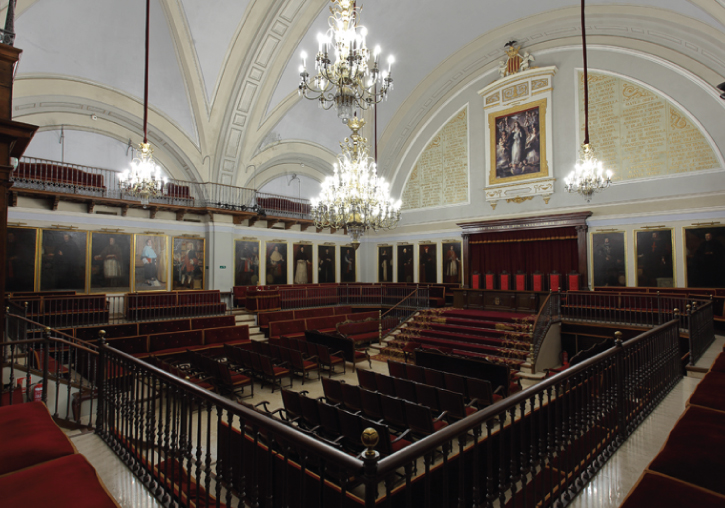