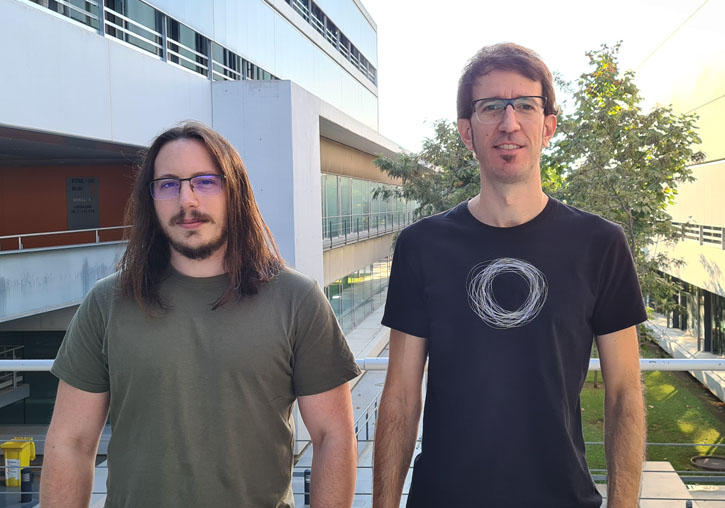 Daniel García (left) and Francisco Grimaldo, at the School of Engineering of the University of Valencia.

The School of Engineering of the University of Valencia (ETSE-UV) leads a study of four European scientific institutions indicating that during the first wave of COVID-19, women around the world saw their research diminished, especially in the 25 to 45 age group. Published today Wednesday in the journal Plos ONE, the largest study to date on scientific productivity has analysed 2,329 journals on the Elsevier platform, with more than four and a half million articles from more than five million researchers.

“A probable hypothesis of the gender gap at this age is family responsibilities. The young scientists were the ones who were mainly in charge of caring for the family and household responsibilities, where they spent a greater amount of time according to Google Mobility data, with which they had less time to develop their research”, highlighted Francisco Grimaldo, main researcher of this study at the UV.

With the onset of the pandemic and during lockdown, the production of academic articles increased enormously, especially in the fields of medicine and health. Male scientists had more time to work and produce papers. Female scientists, who were in the same conditions in principle, also increased production, but this growth was much lower than in the case of men (reaching 50% less depending on age group and discipline). That is, there was more than usual, but male scientists in greater numbers than female scientists.

According to Francisco Grimaldo and Daniel García (both Intelligent Data Analysis Laboratori of the UV) and experts from the University of Milan, the University of Lund and the University of Linnaeus (the last two in Sweden), publishing more can allow many men to make themselves known and enlarge their Researcher curriculum. “In the coming years, we could see how the path started in the first months of 2020 would yield more results in the careers of many men, not so in that of the female researchers and scientists who were forced to take over other tasks that, they are supposed to be shared”, explains Francisco Grimaldo.

In science, it is essential to publish research and share the results, so each study is likely to become an article, although many do not see the light of day. Scientific journals discard thousands of articles each year. The Elsevier publishing house, which has data from 2,329 different scientific journals, has provided the anonymised data of all its articles to the University of Valencia, both those published and those unpublished, which has allowed this study to be carried out.

The published article also mentions the review of the papers that reach the journals. It is a shared task in the scientific community to which practically all male and female scientists dedicate a significant part of their time. With the increase in scientific papers, published or not, corrections also increased. “However, here no difference has been found between genders, which comes to tell us that women continued to maintain their vocation of service to the scientific community”, explains Grimaldo.

This article is the result of the project “Advanced informative tools on peer review of scientific articles”, funded by the Ministry of Science, Innovation and Universities, the State Research Agency and the European Regional Development Fund, with reference RTI2018-095820-B-I00.