The Electoral Commission proclaim the candidatures for the principal elections

The current vice-chancellor, Mª Vicenta Mestre, has been the only one to present a candidacy for the elections to the principal of the Universitat de València that will be held on 1st March 2022.

This procedure is governed by the General Electoral Regulations of the Universitat de València, approved by the Senate.

You can consult the Regulations following this link:

In application of these Regulations, the Electoral Commission, meeting on 20th December 2021, approved the calendar for the principal elections, which you can access by clicking here:

The calendar set 20th January 2022 at 2 p.m. as the deadline for the nomination period for the principal.

The only candidacy presented in this process was the one headed by the current principal of the Universitat, Mª Vicenta Mestre.

The Electoral Commission of the Universitat de València has published this Friday, 21st January, according to the calendar, the provisional announcement of candidacies.

You can access to the document by following this link:

The final proclamation of the candidacy will take place on 28th January.

A few minutes after 1 p.m. on Thursday 20th January, Mª Vicenta Mestre, surrounded by the government team that has accompanied her over the last four years, and with whom she had previously met, presented her candidacy to the Electoral Commission.

Attending to the media, she announced that she presents this candidacy “from the gratitude to the entire university community for its work and support” during this mandate, emphasising and showing gratitude “especially for the work and the collaboration of the dean’s teams of Faculties and Schools and the managements of Departments and Institutes”.

For the current principal, and candidate for the re-election, “the last few years had been marked by the pandemic, which we have faced with unity and co-governance” and with “the pride of being the vice-chancellor of a leading international public university which is governed by participation and dialogue in decision making”.

The candidate for the re-election announced that the proposal she will present “will reflect the diversity of a university like ours, which has all branches of knowledge”, “will put together experience and renovation, because I have always been committed to change and transformation, as we said in the last campaign”, and will continue “going in depth in the transformations in which our society is immersed, with the incorporation of people who reflect the generational change in which the university is always immersed”.

The project that she will present for the next four years “will continue to be committed to the principles that represent us as an institution that leads change and progress in the Valencian society.

A project that, in accordance with the electoral calendar of the Universitat de València, must be presented before 4th February, together with the team that will accompany her in this candidacy.

Regarding this project, Mavi Mestre has emphasised that it will be, “as always, participatory and open; a working proposal to talk to the university community and build the future together”. 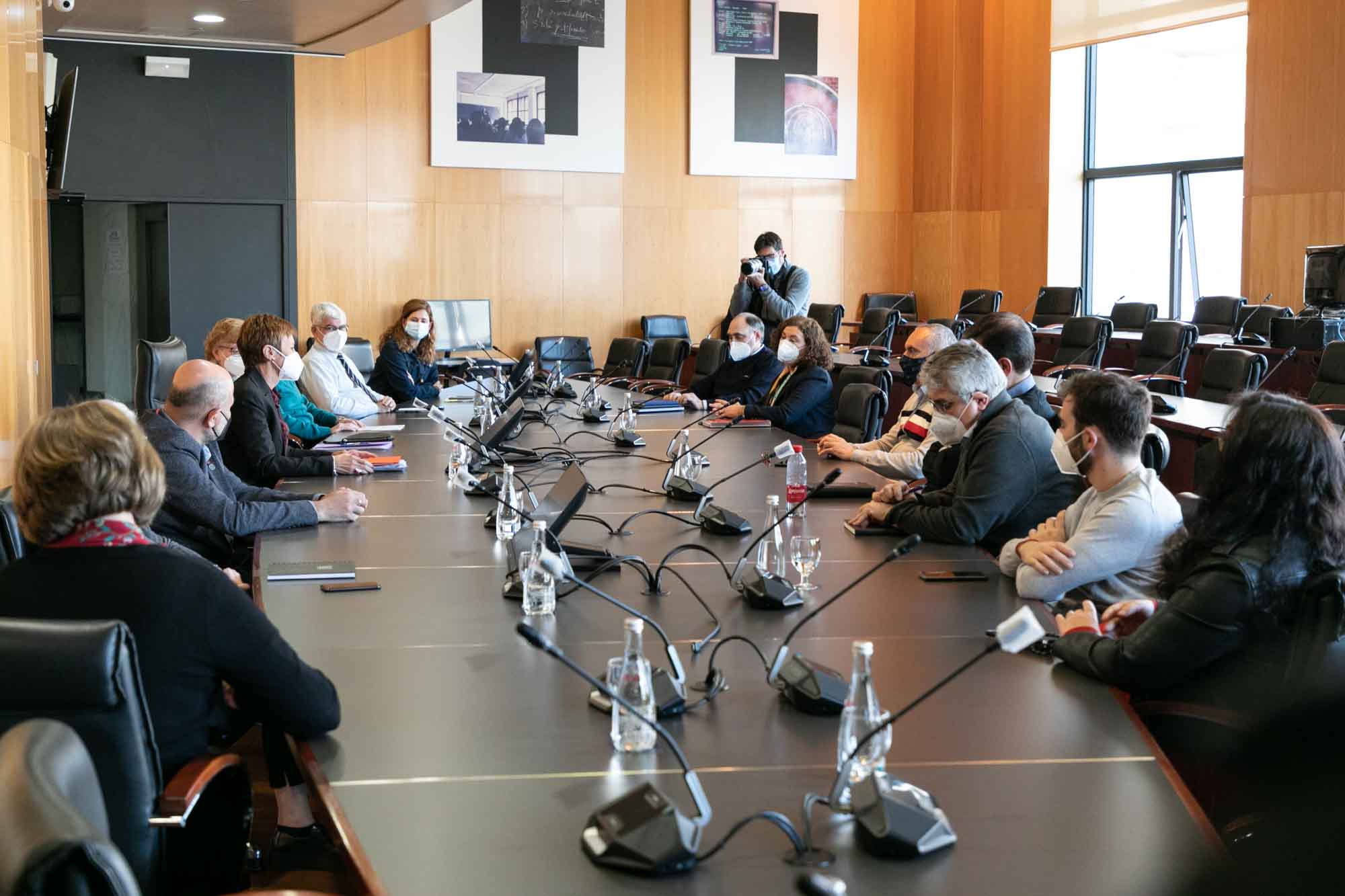