Having just started the Chinese New Year of the Water Tiger, the Confucius Institute of the Universitat de València (ICUV) continues its work of disseminating and bringing Chinese culture closer to Valencian society. This time it has been done with an activity aimed at the students of the Artistic Studies of the IES Joan Fuster in Sueca, coinciding with the centenary of famous writer and essayist’s birth (1922-2022).

In the subjects of painting and drawing techniques and artistic drawing, the young and future artists enjoyed a master class in painting and calligraphy with brush and Chinese ink, given by the master calligrapher and ICUV collaborator, Adan Liu.

Chinese calligraphy is one of the highest and most respected expressions of refinement in China, as well as one of the most representative exponents of fine arts that was born in China and is present in many other cultures around the world. Paper, ink, brush and stone were considered the four great learning treasures in ancient China, symbolising the importance traditionally attached to education in China, which still persists today.

With this activity, aimed at promising young artists, the ICUV wanted to merge different artistic styles. The traditional one, represented by the millenary Chinese calligraphy, and the most modern one, represented by the contemporary teachings studied by the students of this high school in Sueca. In the words of the director of the ICUV, Vicente Andreu, "we want Valencian culture to have an intercultural correlation with an artistic expression as deeply rooted in Chinese history as its calligraphy". 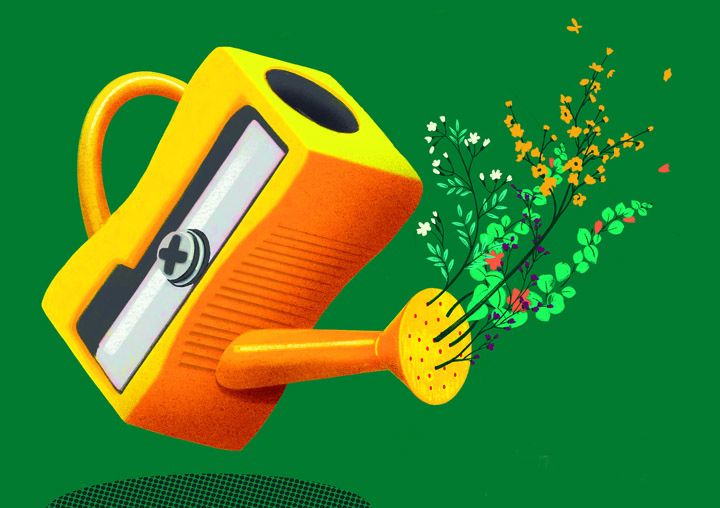