The athletes for the fencing CADU have been classified 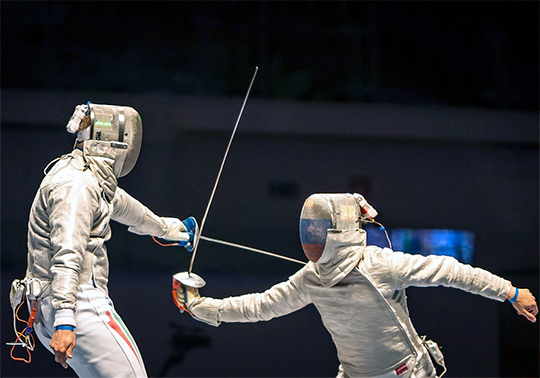 The internal fencing competitions concluded last Tuesday 31 January with 11 athletes classified in the modalities of foil and sword, male and female, who will compete for the regional CADU in Torrent on 11 March.

Jorge Comas, José López, Jaime Comas and Víctor Cervera will form the male team for the regional championship in the foil modality, while the female team will be compounded by Ana Tébar, Paz Ferrer, Evelina Borrisova and Kinga Kosycarz.

In sword modality, two women have been classified for the female category, Carolina Mondo and Sara García; and just one athlete for the male category, Antionio Carles.

Javier García Delgado, coach of the fencing team of the Universitat de València, says that the expectations towards the regional competitions are “to win by teams, as well as in individual male foil, and take a medal in female foil and male sword”.

The team of the Universitat is the current champion and, according to the coach, it will try to “keep the lead” also this year, opening this way the door to the national championship.