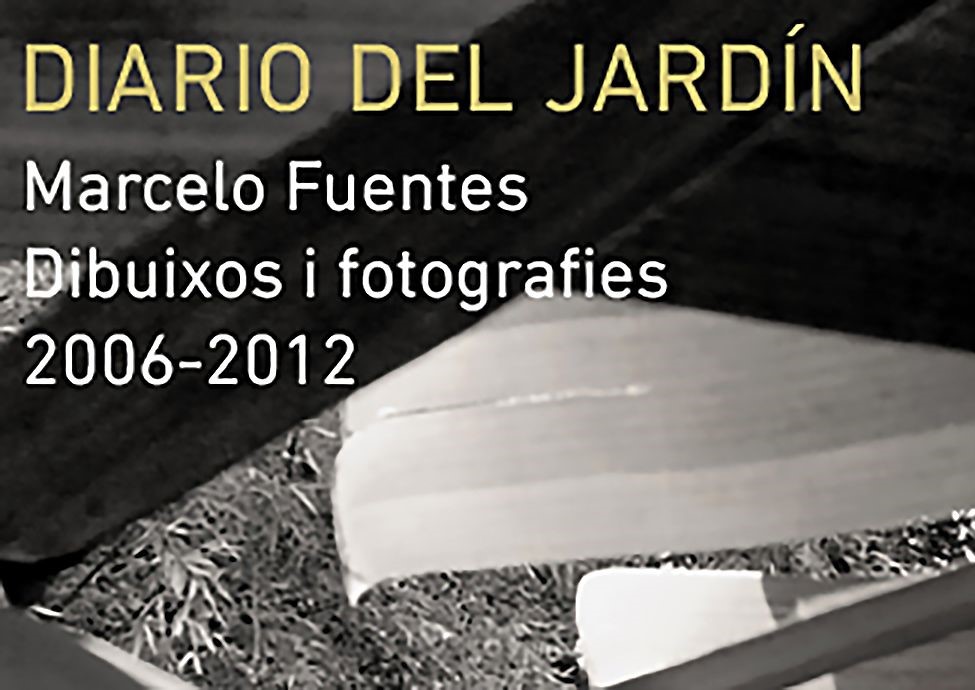 This autumn, the Botanical Garden is being the venue for a very special exhibition, "Diario del Jardín. Marcelo fuentes, dibuixos i fotografíes 2006-2012" ("Garden Diary. Marcelo Fuentes, drawings and photographs 2006-2012", in English), which will take up both exhibition halls until January 2021. Artist Marcelo Fuentes' design, which is being curated by Salvador Albiñana, means his return to the Garden twenty-seven years after his exhibition on large sculptures, the one that opened the visual arts exhibitions in the greenhouse Estufa Fría.

This time, Marcelo Fuentes brings us a total of 100 drawings and photographs that will allow us to enjoy from the Garden to the outside, and also the halls' inside with an innermost gaze. Black and white pictures of a rainy garden, or dark, full of leaves with impossible shapes, full of details that we have surely not noticed in our strolls. Meticulous and somewhat abstract drawings at the same time that frame Marcelo's vision of a Botanical Garden that has accompanied him in several moments of its artistic career as well as in his life course.

As the curator, Salvador Albiñana, explains us in the exhibition's catalogue, "During all these years, Marcelo has been in constant touch with the Botanical Garden; he has strolled along its corridors, its parterres, observing every corner in silence, he has completely immerse himself in the quiet and captivating atmosphere of the Garden, and he has witnessed the slow changes of the nature and the unique and ephemeral images that it gives us. This close relationship resulted in many black and white photographs printed on Japanese paper, a multitude of pencil drawings and some etchings. A truly diary of landscapes that became a magnificent collection over the years, with which Marcelo proves that a simple technique is enough to capture the essence and the beauty of nature".

The catalogue also includes texts by Daniel Capó and Jose Mateos and an interview with the artist. Furthermore, we will be able to go even more in depth in the design: "Even so, we will not find a realistic representation of nature on his work; Marcelo explores the lines, the shapes, the lights and shades and captures them by reflecting a particular, evocative and nostalgic universe, where images are simplified in order to awake sensory and touching reactions by avoiding merely descriptive representations".

Marcelo Fuentes has been working as a painter since the '70s. He was self-taught and his work was focused on landscapes by using traditional techniques: engraving, oil painting, watercolour and drawing. He published his first catalogue in 1994 on the occasion of the exhibition organised for him by the Universitat de València entitled Una ciutat (A city), where the first rationalist buildings appeared in his paintings and from which València, la ciutat racionalista, IVAM, 1998 (València, the rationalist city, IVAM, 1998), would be created. That same year he was awarded the ENDESA scolarship and the one of the Academia de España en Roma.

He has worked along with several art galleries in Madrid. He started a collaboration with the photographer Bernard Plossu that would drive him to exhibit his work in Ciudades y paisajes (Cities and landscapes), MUVIM, Valencia, and Bordeaux City Council; La Fabrique du Pont d'Aleyrac, Ardèche; and in the Camara Oscura Gallery, Paris, 2014. He exhibited in several art galleries and national and internation art fairs, such as ArcoMadrid, ArtChicago and ArtMiami. Several exhibitions figure among his latest works. The exhibition can be visited in the Botanical Garden until January 24th 2021, from Monday to Sunday. In Hort de Tramoieres hall the opening hours are from 10 am to 8 pm and the entry is free. In the Estufa Fría greenhouse the timetable is from 10 am to 6 pm and the entry is free by paying for the Garden's ticket. The exhibition's catalogue can be acquired at the ticket window of the Botanical Garden.