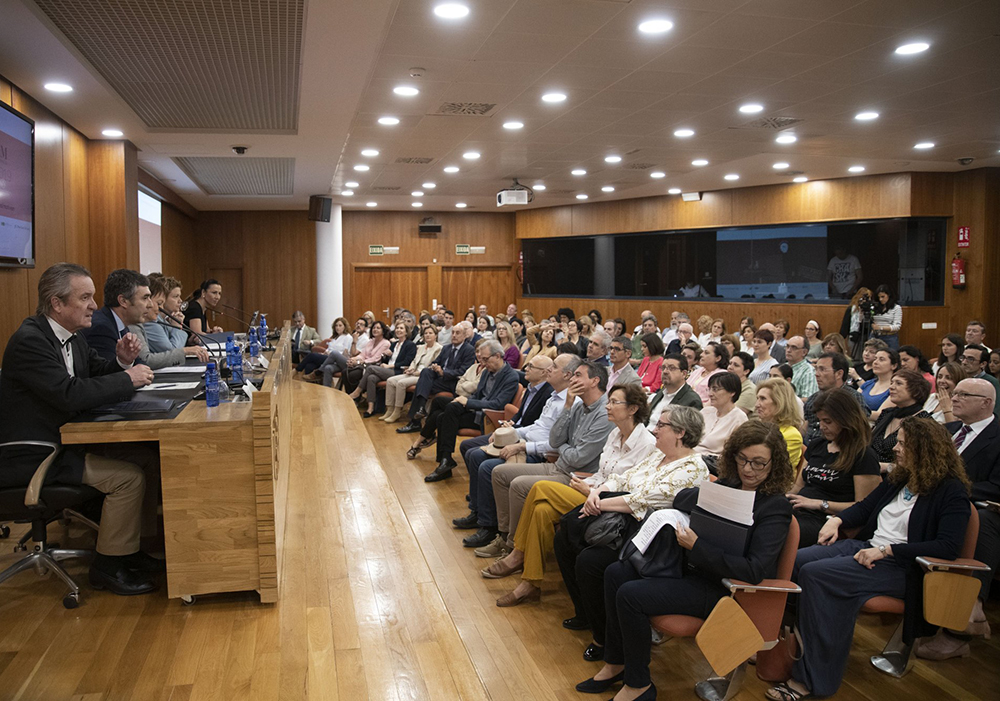 In this edition of the awards, 773 people, 645 students and 128 teachers have participated, developing jointly their ideas. For the first time in the history of the awards, all the faculties that incorporate the Universitat de València have participated. Apart from the winner prize, endowed with 2.000 euros, 14 more prizes have been granted, endowed with 1.000 euros each.

The creation of a support to unify the payment of urban transport is the idea which has won the MOTIVEM 2019, a initiative organised by the Universitat de València through ADEIT and in collaboration with ‘la Caixa’ and the ‘Generalitat Valenciana.’

In the edition of 2019 have participated a 11% more of teams than in last year’s edition. Concretely, have participated 168 ideas in this edition of MOTIVEM- in comparison to the 151 ideas presented last year. Ideas generated jointly by 645 students of the Universitat and 128 teachers that were in charge to coordinate the teams of the three campus of the Universitat.

Teams in the 18 centres of the Universitat

In this MOTIVEM edition have participated students from the 18 centres of the Universitat de València. Psychology, Economy, Engineering, Biology, Education and Law are the centres which have presented a greater number of ideas.

Apart from the winner MOTIVEM prize, endowed with 2.000 euros, during the award ceremony, 14 more prizes have been granted, endowed with 1.000 euros each.

Creativity, coherence of the idea, the fact that can be used to cover a social need, quality of the presentation and interdisciplinary of the team’s members have been the five criteria that have been used to evaluate and select the winner ideas.

The ‘PDI’, a key element

The Principal of the Universitat de València, Mª Vicenta Mestre expressed her satisfaction, specially, for the increase in the number of women participating in the MOTIVEM and has thanked the commitment to teams and teachers, which have helped to the development of the idea ‘fundamental factor for innovation’ has remarked. Furthermore, she has pointed out ‘these applied perspectives lead to projects every time more innovative and encourage the transference of knowledge between universities.’

Moreover, the Principal has highlighted the important labour of the university teachers to educate in transversal competences and to awake the creativity in students, the main objective of the MOTIVEM programme.

In the same line, have expressed their thoughts during the award ceremony of MOTIVEM 2019 the president of the Adeit Foundation, Juan Manuel Pérez Mira; the general director of Language Service in the ‘Generalitat Valenciana’ Rubén Trenzano; and the general director of Economy of the ‘Generalitat Valenciana’, Francisco Álvarez.

The act has also counted with the participation of the president of the Board of Trustees of the Universitat de València Mª Emilia Adán, who emphasised the importance of building a team. ‘Undertaking cannot be done alone’ has underlined.

Finally, Rocío García Peinado, director of the ‘Banca Institucional València-Castelló de Caixabank, in representation of ‘Obra Social La Caixa’ entity which supports the programme, has gone forward telling that it will continue to support young entrepreneurs in this kind of initiative. 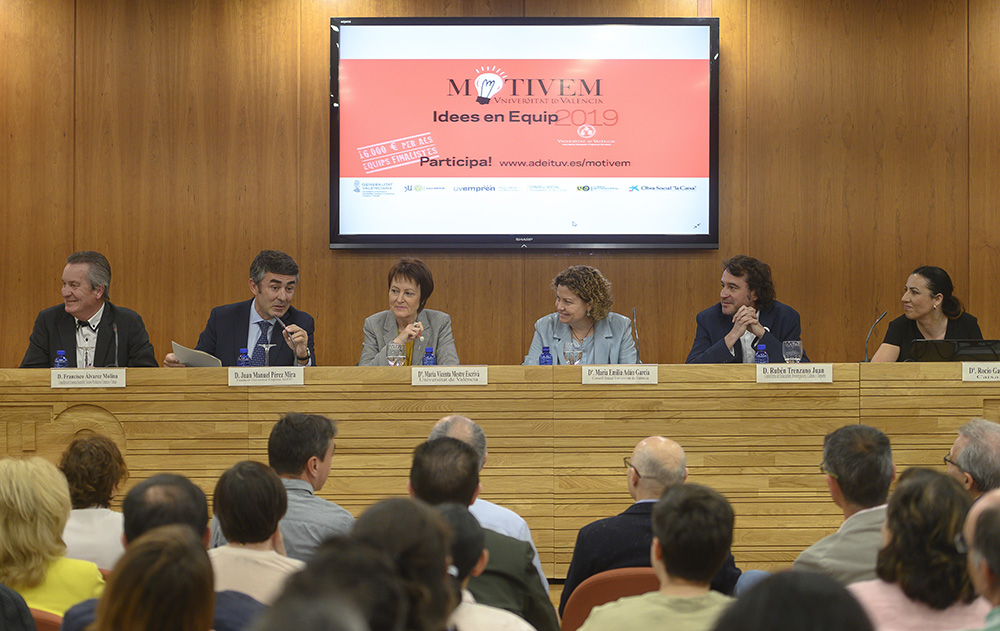