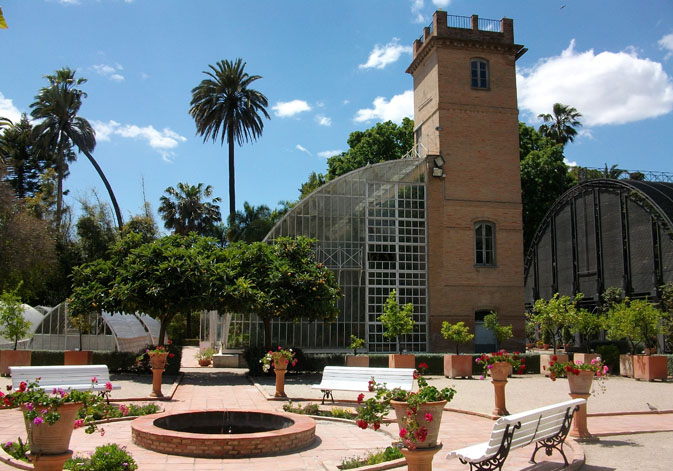 The Botanical Garden of the University of Valencia will house the citizen consultation of the CONCISE project in Spain. Author: Joanbanjo.

The European CONCISE project, directed by the University of Valencia and in which nine institutions from five countries participate, has called on citizens to study the role of scientific communication in the knowledge and beliefs of European citizenship on scientific issues. The consultation will be held on October 26 in Valencia.

People from anywhere in Spain may travel to Valencia to contribute to the study, which covers Spain, Italy, Poland, Slovakia and Portugal. The University of Valencia and FyG Consultores organise this consultation, which will be one of the five that the project will carry out during the next autumn in the five participating countries.

The citizen consultation or dialogues of CONCISE (Communication role on perception and beliefs of EU Citizens about Science) will be organised in several debates throughout the day, in which the selected people will discuss issues related to communication and social perception of four current scientific topics: vaccines, climate change, genetically modified organisms and the use of alternative therapies. The activity is scheduled to take place in the Botanical Garden of the University of Valencia, from 9 am to 5 pm, including breaks to rest and eat.

The organising team seeks to recruit people from all over Spain who represent the social reality of the country, that is, ordinary citizens who do not need to have studies or be familiar with the issues to be discussed. “We want the attendees to tell us how scientific information reaches their homes and what means, channels or sources generate more confidence, without implying that they should have any prior knowledge about it”, explains Carolina Moreno, Professor of Journalism at the University of Valencia and head of the project.

The mandatory compliance conditions for all participants are to be of legal age, live in Spain and understand Spanish and speak it well. In addition, people interested in participating must register through an online form.

Those who decide to participate in the study will do so voluntarily, without receiving money in return, although CONCISE will cover the travel, accommodation and living expenses associated with their participation in the consultation. “We are looking for people who want to spend a good weekend in Valencia and who are willing to contribute their views and opinions to the improvement of scientific communication in our country in an altruistic way,” says Moreno. Although there is no economic reward for their effort, the selected people will receive gifts in the form of invitations to visit some of the tourist attractions of the city of Valencia.

The objective of the consultations is for the attendees to share their opinions and experiences on how scientific information reaches citizenship. Each discussion table will have a moderator to facilitate the dialogue, who will guide the conversation and ensure equitable participation among group members. The contribution of all participants will add to the debate and will serve to understand what sources and channels citizens use to inform themselves about science, and also how they form opinions and make decisions about current scientific issues.

CONCISE plans to collect the testimonies of a total of 500 European people through consultations in five cities: Vicenza (Italy), Lodz (Poland), Trnava (Slovakia), Lisbon (Portugal) and Valencia. Despite the geographical and thematic limitations of the project, CONCISE’s methodology, results and conclusions are expected to be scalable and applicable to other countries and scientific fields. In this way, the quantity and quality of science communication in Europe can be increased in the medium and long term.

CONCISE is a collaborative research project funded by the Horizon 2020 program - ‘Science by and for Society’ of the European Union. CONCISE is formed by nine institutions from five European countries, a multidisciplinary team led by the University of Valencia and which also has the Spanish participation of the Centre for Science, Communication and Society Studies of the Pompeu Fabra University, FyG Consultores and the Association Spanish Scientific Communication.